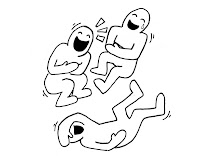 (7/5/2013)  Agent 54 was at work thinking about comedy when I remembered that I came up with a funny modification to an existing slogan for something.  That's all I can remember about it right now.  I have so many comedy ideas buzzing around my shiny head that I don't know which one to write up first.

Anyway, It suddenly came to me.  I’ll send one of the voices in my head to look for the slogan that I thought up on Wednesday.  At least it will keep the voice busy for a while and maybe it will come up with the data.  Then I remembered, I forgot to name that voice or give it a security code.  Now, how do I know if I’m receiving the correct data from the right voice or if one of the other voices is pranking me?

At least it’s not the voice that stutters.  That one is so annoying.  It’s like Ti,,Ti,,,Ti,,,     Hey! Write down already! (apologies to Dave Attell)

(7/12/2013)  I’m starting to worry, as any parent would, about the voice that I sent looking for that lost comedy idea I had.  I’ve heard nothing so far.  Where could the voice be?  There are so many deep dark and depraved crevasses in my mind where a poor little whisper of a voice could be jumped by a thug of a thought.  Let’s hope for the best. 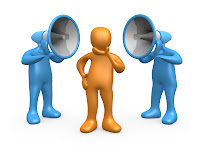 (7/14/2013)  I found it!  Shivering, cold and naked, huddled in a crevasse on the far side of my Right Temporal Lobe.  I picked the voice up, wrapped it in a mental blanket and carried it to my consciousness.  The only thing it could barely say in a whisper was “coffee”.  I’m brewing a cup as I type.

(7/15/2013)  The voice has had nearly 24 hours to recover.  It’s time to start the debriefing.   “Covfefe” it says as always.  I reply “It’s brewing”.  Tell me, where did you go, I asked.  The voice in slow and low tones replied:  I cannot give you directions nor draw a map however, I can say it was long ago and far away and I don’t ever want to go there again.  After a few sips of coffee I asked:  You were supposed to retrieve something from 2 days in the past.  How did you get so far off track?  "Hey!  I screwed up!" it shouted angrily, “Maybe I should have toined left at Albuquerque”.  Stunned, I replied Albuquerque?  That was 2005 the last time I was in New Mexico.  "So sue me!" Shouted the clearly agitated voice as it stomped off. 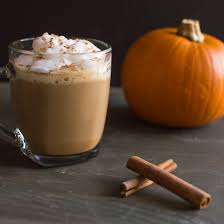 Did I make a mistake in sending a voice to do a man’s job?  Possibly.  Will the voice ever fully recover?  Only time will tell.  Should we continue to search the deepest darkest corners of our minds in the quest for comedy?  Undoubtedly, because it is only when we laugh and let go of our inner sorrows that we are truly happy and carefree.