Agent 54 here again.  Max (Agent 86) personally assigned me to this one.  We heard an interesting phone call and that lead us to stake out the docks and pier number 7 in particular.  Here’s what we got.

John:  Vicente’s Pizza, John speaking.  Can I take you order.

Aquaman:  Not tonight John.  I need 2 Aquaman Specials, extra anchovies and 2 large pepperoni and 2 Italian meatlovers pies delivered to pier 7.  You got that?

Aquaman:  See ya then.

Scene:  Docked at Pier 7 is a submarine that is shaped to look something like a Blue Whale.  A submarine crew man stands by each end of the ship.  The hatch is open and Aquaman waits on the pier.   About 45 minutes after the phone call, John and his sons arrive.

Aquaman:  Hey guys, take that stuff in and put it on the counter in the galley.

When John and his sons come out of the sub, Aquaman hands John a $100 bill.

Aquaman:  Man your boys are growing like weeds.  Hey keep the change.

John:  Thanks a lot and good luck in the game?

Aquaman:   Your pizza is my good luck charm.  Thank you.

Just after John and his sons depart the first “guest” arrives.

The Penguin:  Wa, wa  How are you my old friend?

Aquaman:  Ship shape, how have you been?

Aquaman:  Well, take it easy tonight.  Relax, go on board and pour yourself a drink.

The Penguin boards as another player shows up.

Flipper:  Hey, Aquaman as I live and breathe, nice to see you again my man.

Aquaman:  Good to have you come aboard.  Where’s your buddy, Shamu?

Flipper:  He sends his apologies.  He’s still got another day of shooting on Sharknado IV.

Flipper:   I finished up today but, Shamu got a bigger part and I’ll tell you, it’s gone to his head,,,and his gut too. Ha ha ho

Flipper boards the submarine and shortly thereafter another player comes striding up the dock in a beautiful black tuxedo.

Joe Pesci:  (Pesci is Italian for Fish) Hey Aquaman, is this your submarine or are you just happy to see me?

Aquaman:  C’mere and gimmie a hug ya gangster you.

The men hug and then Joe pretends to punch Aquaman in the gut.  They both laugh.

Aquaman:  The Penguin is in there waiting for you.

Joe:  Oh my God, I love that guy.  Oh boy, you’re in trouble tonight when me and The Penguin get together.

Aquaman:  Go onboard and get a drink.

Popeye The Sailorman:  Well blow me down, Aquaman how is ya?

Aquaman:  (as they shake hands)  Fine and you’re looking fit.  So, Olive Oil let you out tonight?

Popeye:  (under his breath)  I’m supposed to be takin a shift patrollin the docks for the Harbor Master as far as Olive knows.

Aquaman:   You better sneak on board now in that case.

Popeye:  (muttering quietly)  Just doin me job and,,, (louder)  what’s this?  A submarinizer!  I better go aboard and have a look-see ta makes sure tings is on the up and up and all ship shape ect...

Popeye boards.  Charlie Tuna is the next guest to arrive.

Charlie:  Aquaman, I heard you need someone with good taste to class up this little affair you’re havin here tonight.

Aquaman:  Thanks for coming.  We have a few class acts here tonight.  I’m sure it will be a lot of “tasteful” fun.

Charlie:  Not too “tasteful” I hope.

Both guys chuckle as Charlie boards the submarine.

A stunning picture of seduction in a mink coat manifests itself on he pier.  It’s Octopussy and she’s dressed to kill with a beautiful, low cut blue dress under the mink.  She is sporting enough fine jewelry to make the Queen jealous.  Her full and lovely brown hair accents her piercing blue eyes.  She walks in high heels down the pier with the grace of a ballerina.

Aquaman:  Madam, you are fashionably late.

Octopussy:  I trust it was worth the wait for you.

Octopussy:  Let’s cut the crap.  How many suckerfish do we have here tonight?

Aquaman:  There are six, not counting myself.  Shamu couldn’t make it, he’s working. 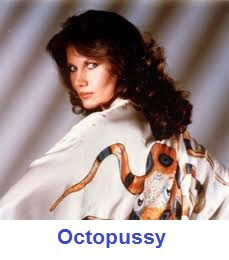 Aquaman:  It’s not that bad.  This is a big ship and there is plenty of room at my underwater home, Atlantis.  Let’s get aboard.  We’ll be in international waters in about 30 minutes.

Octopussy:  Let’s do this.

Aquaman:  Gives the order “cast off” to the crew and boards the ship.  In a couple of minutes the submarine slowly departs.

We don’t have any surveillance onboard the submarine.  Aquaman must have the latest electronic de-bugging and anti-spy equipment on board.  We’re working on electronically penetrating his underwater home, Atlantis but, this is difficult because it is so deep in the ocean.  Because the Poker game is probably played in International waters, I don’t think an actual crime is being committed but, It sure would be interesting to listen in on it anyway.  I wish Commodore Agent 54 had been invited.  Maybe next time. 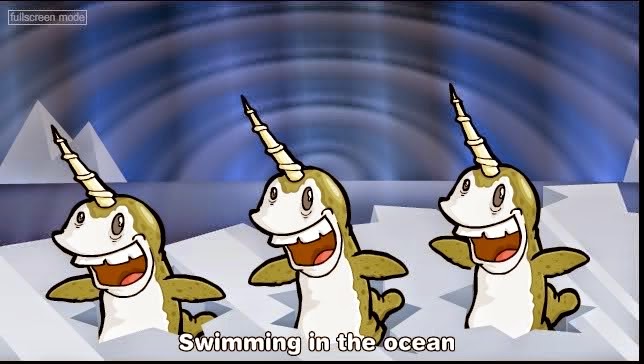 Guardians of the Galaxy Vol. II