The Boss, Bruce Springsteen sang, “there’s 57 channels and nothing on”.

Agent 54 here again.  Okay, I admit it.  Have watched and I do watch way too much T.V. and it has probably rotted my brain somewhat.  Though I do have other hobbies like blogging, hiking, treasure hunting, reading and writing, sometimes I’m tired and I just want to sit in my recliner and watch T.V.  Since most of today’s shows are boring, I often find myself falling asleep in my recliner.  This is probably the best use of today’s dumb T.V. shows.

I want to believe my viewing habits are a little more enlightened than most people’s but, maybe not.  I don’t watch much usual T.V. like the evening sitcoms or soap operas or the Hallmark channel because I have found that there are only about 35 story plot lines in regular T.V. and the shows just insert different characters into the same plot lines.  Though I often enjoy writing about T.V. characters from my past, today’s characters all seem to be watered down versions of those I enjoyed as a child or teen. T.V. characters became stale to me after “All in the Family” with Carroll O’Connor as Archie Bunker ended.

Sometimes I like to watch “Reality T.V.” like the competition cooking shows but, of course there is nothing real about them.  How many times have you had to make a Chocolate Soufflé in 2 and half minutes?  I don’t pretend to know what they are talking about on these shows either.  I still don’t know what a Crème Brule is.  I saw one show where they made a smoothie using moose and sushi and they called it a Mooshi.  I would like to try that recipe.

Sometimes my wife forces me to watch these “Housewives of  Wherever” shows where rich and spoiled women argue about the rotten things they say about each other.  Sometimes that ultra – stupidity is funny though I admit that I’m jealous of  them.  Why do these idiots get to be wealthy.  I’m a much better person than they are.  I would make a fine millionaire.  That is my big idea for a reality show.  Someone should give me $728,000.00 and then follow me around with a camera to see what happens.  If you happen to have $728,000.00 and a T.V. camera, have your people call my people.

I try to watch the History Channel or Discovery Science when I can but, my wife hates those channels because she’s afraid she might learn something.   “Can’t you just 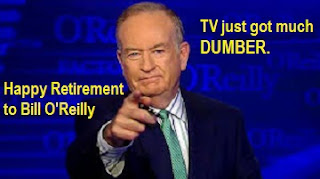 turn your brain off and watch T.V.”  she will bellow.  Sometimes I wish I could.

I like to watch sports but, I’ve seen so much that that can become boring too. Occasionally I get lucky and find a great movie like “Forrest Gump” or “The Good, The Bad and The Ugly” or “Willie Wonka” or “Blazing Saddles” but those times are few and far between.  Ah, they just don’t make movies like they used to.

The News?  What is The News anymore.  The last election cycle was brutal for T.V.  News.  It has become all opinion and Bullshit anymore.  It’s hard to find worse people than today’s T.V. or Newspaper Reporters.  They will incite violence and stupidity for a good live shot.  You would have to watch “The Housewives of New Jersey” to find worse people on T.V.   Watching todays T.V. News you can see America being dumbed down minute by minute. 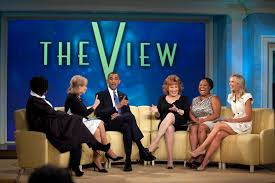 Of course the purpose of T.V. is to get you to buy stuff.  I do find some of the endless commercials to be funny and I can resist most of them, with the possible exception of Taco Bell commercials but, many people are tricked into doing foolish things by the devious advertisers.  The Capital One credit card ads with Samuel L. Jackson are the worst.  This guy is yelling at me with his condescending tone to get a credit card and a line of credit that I don’t deserve, to buy stuff I can’t afford and don't need.  When he asks “What’s in your wallet?” I shout at the T.V. “none of your business, jackass!”  Uh oh.  Yelling at the T.V.  Is that a sign of brain rot?

So, I find myself turning the idiot box off more and more and just listening to music on my computer as I write.  Living in Arizona, I’m lucky enough to be able to spend some time outdoors away from the T.V. too but, I often see zombies hooked on their rotten shows watching them outside on their “Smart Phones”.  This is much more expensive than watching at home and they are watching on a tiny screen with all kinds of distractions around.   I have to ask, who is smarter, the viewers or the phones?

After examining the deterioration of the programming and T.V.’s overall effects on our society, I have to believe that now, more than ever, Mrs. Sturak is right.  “T.V. rots your brain!” 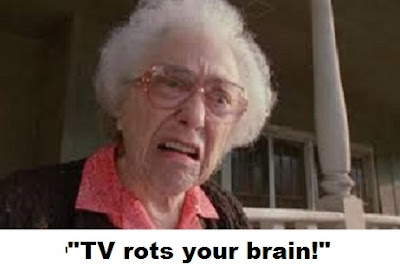