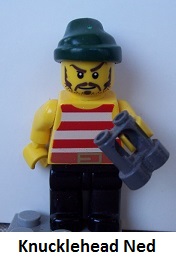 Agent 54 here again with another installment of Blitzed Wolfer’s terrific interview series on CAN.  Who knew Blitzed would outlast Bill O’Reilly?

Today’s interview subject is kind of a happy accident and a social experiment at the same time.  Let’s check out what Knucklehead Ned, formerly of the infamous Spacebeard crew, is up to now.

Blitzed:  Welcome to The Warrior’s Studio for our 7th edition.  I bumped into Knucklehead Ned, the former First Mate for the infamous space pirate, Spacebeard and he graciously agreed to join us here today.  Please welcome Knucklehead Ned.

Blitzed:  Quite well.  I noticed you seem to have an unique way of expressing yourself  Knuckle, or do you prefer Head or, uh,  I apologize, what do I call you?

Ned:  Argh Ned, will do just fine and fuggedaboutit!

Blitzed:  Yes, it seems that you have picked up some of the local vernacular in your brief stay here in New York City. 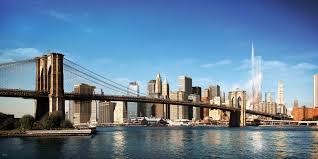 Ned:  No, the wench at the clinic said I was doin ahh-ight.
Blitzed:  No, I meant that you have adopted some of the phrasing and accents found here.

Ned:  Aye, I’ve loined a ting or two from my new mateys in the Savage Skulls club of da Bronx.

Blitzed:  Oh my, the Savage Skulls?  Aren’t they a vicious criminal gang?

Ned:  Argh, I’d say they be more like mischievous than vicious, ya know what I’m sayin?

Blitzed:  Not exactly but, let’s move on.  Okay so, do you miss your swashbuckling about the galaxy days with Spacebeard?  Tell me why you left your crew. 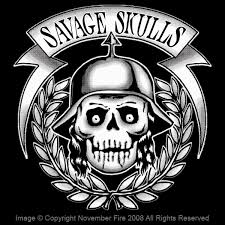 Ned:  Argh, the question be, why did they leave me?  Aye, sometimes I do miss microwaving the Captain’s Pepperoni Pizza and hanging out with Smelly Pirate Space Hookers but, me new mateys and I be chillin in the crib and smokin blunts. Yo Ho!  It’s more fun than a barrel of space rum.

Blitzed:  So, you’re not going to rejoin Spacebeard and pilfer Pepperoni Pizzas from Darth Vader and the Empire anymore?

Ned:  Argh, I’m sure when they get to noticin I ain’t around and when the coast is clear, Captain Spacebeard will come about to beam me aboard and it’ll be just like olden times.

Blitzed:  Yes well, the coast better be very clear because we just got rid a nosey official from The Empire who was asking a lot of questions about stolen Pepperoni Pizzas.

Ned:  Yo!  You know, snitches get stitches. What exactly did you tell da man? 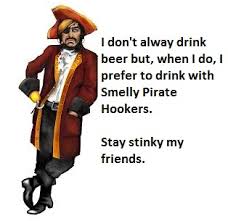 Blitzed:  Oh don’t worry.  I made up a BS story about a failed investment in an Italian restaurant in Queens.  He bought it hook line and sinker.

Ned:  Aye, I did hear that ye be full-a-shit but, I better not hear nuttin about you singin like no boid.

Wow!  Who woulda thunk a few dozen stolen Pepperoni Pizzas would still be giving Blitzed indigestion all these months later. 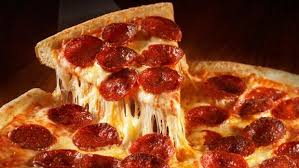 The Warrior's Studio Vol. I