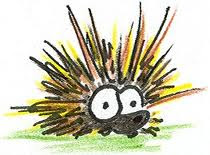 A million years ago when my kids were still in high school I didn’t know squat about the internet.  Today my daughter Nicole reminded me that I once gave her an assignment to do a report totally from the internet on Porcupines to prove that the internet was really useful.

Of course she blew me off and I never got the report.  However, since then I’ve gotten 5 or 6 different jobs and started a blog and joined Facebook and Twitter and have become a social media junkie, all using the Internet like a madman.  “Okay Nicole, the internet is useful”.

So, now I have to do the report myself and post it to my Blog to prove that I am still useful and relevant to my daughter.  Fine!  Here it is: 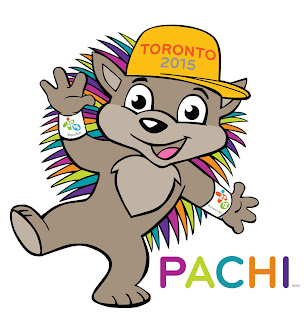 TORONTO, July 17 (Xinhua) -- The Toronto 2015 Pan American/Parapan Am Games' new mascot, a colorful and prickly porcupine designed by four young Chinese and Japanese students, was unveiled Wednesday in the Canadian city of Toronto.

Pachi the porcupine, who made his public debut in front of over a thousand children at the unveiling, was the final winner chosen out of a slew of mascots sent in by young designers across the country to represent the Pan Am Games, the world's third largest international multi-sport Games.

I don’t know why but, people all over the world love Porcupines (pronounced Porkypines)  I like their funny name and strangely they make me hungry but, other than that I think they are just rats with spikes.

Wikipedia says: Porcupines are rodents with a coat of sharp spines, or quills.  See, I told you so.  Porkypines eat salads and climb trees to find food.  (Don’t we all?). 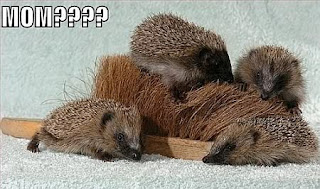 Here’s the most interesting fact about Porkypines that nobody knows.  This may change your perception of the lovable rodent so read with caution: Wikipedia: A male porcupine urinates on a female porcupine prior to mating, spraying the urine at high velocity.  Yeah, you asked for it.  Take that!  I can hear you all going eeewww gross!  Don’t you just want to hug one now.

My favorite Porkypine factoid is, Wikipedia:  Porcupines have become a pest in Kenya and are eaten as a delicacy.  Yeah, I knew it!  Porkypine stew, uummm uumm good.  Wait, does that mean I have Kenyan blood in me?  Cool! 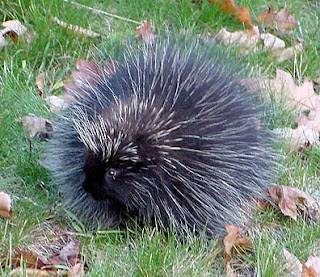 I’m sure some of you knew this one, Wikipedia: A regional American name for the animal is quill pig.  Duh!  It has quills and smells like a pig.  Duh!

So Nicole, there you are.  I just proved that if you want something done right you have to do it yourself.   Maybe if this blog takes off I can come to Boston and take you out for a Red Sox game and a Porkypine burger.  That would be nice.

WARNING: Imitating Porkypine mating rituals can be rude and hazardous to your social standing. 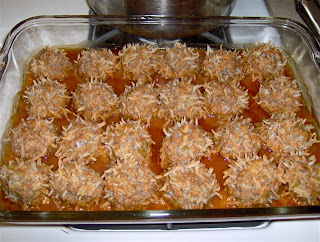 Baked Porcupine Meatballs - Southern Food - About.com
Looking for a porcupine meatball recipe?  These baked porcupines are meatballs in a simple tomato sauce is a great choice.