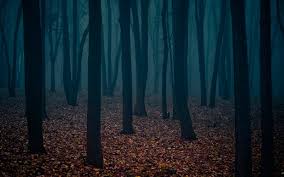 I have been inspired to tell a tale of another IBS (Irritable Bowel Syndrome) calamity and so is the tale of The Zero Acre Woods.

Every state in the Union probably has it’s South Mountain and Pennsylvania is no different.  Yes, it is true that I have pooped outdoors on the peaks of South Mountain in both Arizona and PA.  How many men can boast as much, I do not know.  However, this story is more unsettling, more startling and more bizarre for it is the tale of The Zero Acre Woods.

I was heading down the back side of South Mountain toward Center Valley when with the speed of lightning IBS struck and I was forced to look for a place to poop.  I had planned a delightful round of golf on this early April day.  It  was unusually warm and sunny though many of the Pennsylvania trees and shrubs had no leaves yet.  I knew that at that time that Center Valley was mostly forest land and so I was confident that I could easily find a place for relative privacy to do what I had to do do. 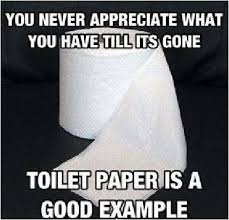 I pulled over on a flat area, slammed the truck in Park, grabbed my emergency roll and with the dexterity and quickness of Peter Rabbit disappeared into the woods.  By this time IBS was pushing poop with the force of The Incredible Hulk on steroids.  I found a small clearing, dropped my draws and let loose without the ability to stop even if I had the intention.

I relaxed a little and looked up.  Imagine my surprise to find that I was a mere 10 foot through scant woods and brush from squatting on someone’s freshly mown front yard.   Yes, before my eyes were about 40 brand new homes that hadn’t been there last time I drove by.  Stately homes they were and many had the telltale signs of life like cars in driveways, dog houses and swing sets.  The one closest to my position had a large picture window with pretty, open curtains facing directly toward me.

I could not see anyone in the window, nor did I observe a living soul anywhere and for that I thank The Lord.  However, I cannot help think that if someone did happen to look in my direction from a vantage point that I couldn’t see, they could not help but see me in my bright Yellow golf shirt and bright yellow golf hat squatting in what had become The Zero Acre Woods.

Without further incident I finished my business, scurried back to the truck and off to the golf course where a shot a very nice round of 86.   On the way home as I passed The Zero Acre Woods I thought how lucky I was to have not encountered an angry homeowner with a bow and arrow.  The thought of myself pictured in the local paper, pants around my ankles, still squatting, clad in bright yellow with an arrow pinning me to a tree still haunts my dreams to this day.