Working for a Living 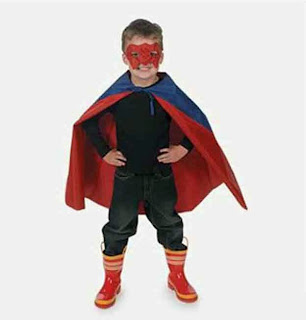 Did I ever tell you about the great job I had at with a defense contractor?  Oh, it was cool.  I was a Production Expeditor which means I was one of the X-Men.  It was great, I had a uniform with a  mask and my cape looked a lot like my blue Hawaiian shirt.  I had to dry clean it twice a month but, I really looked sharp.  I got “downsized” from that job and since then I’ve been “nervous eating” and I’ve gained some weight.  Now, I’m a Double X man as in XXL.

Raise your hand if have had a rotten boss.   Sure, almost everyone has had at least one if you have been working for more than 2 weeks.  Currently my boss is great.  He’s very relaxed, has a sense of humor and he treats me with respect even though he is much younger than I am.  My boss is easy to work for and I’m not just kissing his butt because he might accidently read this.

I don’t want to go into details about some of my rotten former bosses.  I’m sure they are generally the same as everyone else’s rotten bosses.  Basically they humiliate you, make you feel worthless, tell other people you suck, accuse you, cheat you and take the credit for the good things you do.  Did I forget anything?  It always amazed me that a boss that treated me all of those ways would somehow expect me to give a shit and perform well at the job.  It just don’t happen. 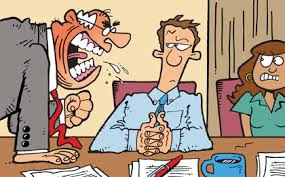 I just want to know how many of you have had the exact same fantasy that I have had about getting even with a rotten boss.   It starts when you are working early or late or a Saturday and nobody else is around.  Maybe the boss is on vacation or a business trip but the coast is clear and the devil on your left shoulder has got your ear while the angel on the right is too tired to care.  You spot your opening.  His/her center drawer in his/her desk is open.  You carefully slide the center drawer all the way open and take the little keys from the pencil tray.  Next you climb up on top of the desk, drop your draws, squat and let loose the poop of the year right in the middle of that center drawer right on top of whatever was there.  After fully evacuating your bowels, you dress and then very carefully close the drawer and lock it.  The most important thing here is the message you are trying to send.  Leaving the desk drawer slightly open or unlocked could leave some of the dumber bosses to think, upon discovering the dirty deed that “maybe this was an accident”.  “Maybe somebody’s IBS (Irritable Bowel Syndrome) kicked in just as they were passing by my desk and the drawer was they’re only option”.   Locking the drawer and hanging the keys carefully on the boss’s name plate on top of the desk will leave no doubt that this was NOT an accident.

I have fantasized about the confused look on the boss’s face when they find the drawer locked and then see the keys hanging from the name plate.  I have imagined watching from the corner of my eye as Mr./Ms. Knucklehead opens the drawer and discovers his/her karma in all its stinky glory, waiting there for them.  Ah, it would almost be worth it to get fired for that.

Of course I’ve never actually done that to the 6 or 7 bosses that I’ve had that really deserved it but, oh, I’ve thought of it a thousand times.  I guess that fantasy helped get me through work those days when the boss thought it was his/her job to be SuperJerk!  I theorize that most of us working dogs have had this or a similar fantasy to help us cope with our days and keep on keepin on because that’s what a working man or woman does.  We keep on keepin on.

“They call me the working man, I guess that’s what I am.”  Rush