Do you even know who runs this planet?

Ha!  I scoff at you when you say “Humans” run planet Earth.  Which humans I reply?  The Muslims, Christians, Jews or the Americans, Chinese, Russians or the Free Mason’s, Democrats, Republicans or Blacks, Whites or Asians?  Ha! humans are so divided, inept, incompetent and egotistical that even though they may have dominated the planet long ago they have allowed another species to take over without even noticing it. 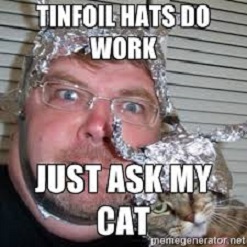 Cats dominate Planet Earth today.  This fact is easy to see if you look for it.  Here’s a fine example.  This ordinary Cat has telepathically instructed its human to construct not just one for the human but a set, for both of them, of tinfoil hats.  What is the purpose of tinfoil hats, you ask?  To make the wearer look silly.  This Cat was so confident in its total control of its human that it made the human do this and then, through the power of telepathic suggestion made the "owner" take a picture of the two of them and post it on the internet for all the world to see.  This is the Cat’s total domination of the human who thinks his species is in control.

Why do human women love to buy shoes?  Does anyone really need 57 pairs of shoes?  No, of course not.  Why then?  I’ll tell you why.  For generations now Cats have been sending subliminal messages and using telepathy to convince women to buy new shoes simply because the Cats enjoy playing in and sleeping in the shoe boxes.  Oh yes!  You know it’s true.  A Cat will chew on an old pair of shoes just to make it’s human woman go buy a new pair so the Cat can have a new box.  How diabolical!  Just think if the woman’s husband tried this.

Cats don’t just dominate individuals.  The Feline influence is everywhere including some of our biggest and richest organizations like the National Football League.
Of course the Cats had us name two of the old NFL teams the Lions and the Bengals but, after some time, that wasn’t enough for them.  We now have two new teams, not surprisingly to me, named the Jaguars and the Panthers.  Even that is not enough for the Cats.  I went to an NFL game and saw a the Lions play the Panthers in the Jaguar’s stadium.  There was a “Cougar” in the stands wearing Leopard skin while the teams ran the Wildcat formation.  That’s Domination. 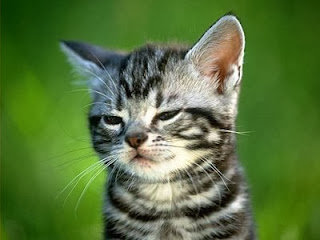 Of course it wasn’t always this way.  Long ago big Cats were domesticated and bred to be barnyard animals.  Their job was to keep the rodent population under control and they did this very efficiently.  A little too efficiently because when the job was done, the Cats were left with free time.  Free time to plot and plan.  Though the Ancient Egyptians worshiped the Cats, it was during the Black Plague that the Cats really seized their opportunity to dominate the whole world.  When it was learned that the Plague was spread by rodents, Cats were brought from the farms into the cities to do the job they had already perfected.  Once in the cities it was just a matter of playing up the “cute and cuddly” role and they were in like Flynn.  Let the Domination begin. 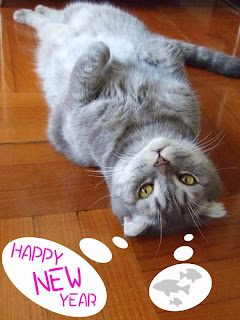 Do Cats dominate human Governments you inquire?  Seriously, do you need to ask?  Right now the Environment Protection Agency (EPA) is checking the Mercury content of Tuna fish and sampling pasteurized milk just to ensure a safe and tasty food supply for Cats.  You may think you are voting for the candidate with the best hair or the cutest guy but, the Cats have telepathically brainwashed you to vote for the one who will vote to increase government funding for flea collars.  That’s Political Domination.

All you Cat “owners” out there, ask yourself, who really owns who?  The Cat may find a mouse once in while or eat a spider now and then but, what else do they really do for you.  If a burglar comes into the house, the Cat is just as likely to snuggle up to them as you, if the Cat thinks the burglar may feed it.  You buy the Cat food, medicine, toys, scratching posts and you spend your valuable time stroking the Cat and telling it how wonderful it is and yet, if you dropped dead on the floor, how long would it be until the Cat decided to eat your body?  Who really is at the top of the food chain in your house?  Digestive Domination. 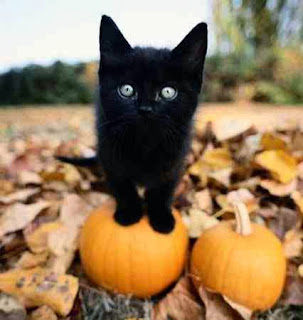 Yes, many “Cat owners” think they love their Cats and the Cats love them.  I don’t doubt the humans love the Cats.  The human will take a Cat that was purchased for $20.00 as a kitten to the Veterinarian and spend $80.00 on medicines and vaccinations for the Kitty flu.  The human will care for and provide a life of leisure and luxury for the Cat until it is old and feeble and then at the end of the Cat’s life, the human will humanly, put the Cat down to ease its suffering.  Remember humans, this same Cat will crap behind your couch and not even tell you about it, if you forget to provide access to a litter box.  When you do discover the Cat “present”, the Cat will look at you like it is your fault and you know what,,,it is your fault!  Domestic Domination.

Oh yes, Cats have woven their way into all areas of human existence.  Who here hasn’t eaten a Kit-Cat bar or gone to see a ball game involving the Tigers or Lions or Wildcats etc…?  Who hasn’t seen Alice and the Cheshire Cat or Batman and Catwoman on TV?  Who hasn’t wanted to sail away on a Catamaran or caused a Catastrophe?  Who here hasn’t fired a Catapult or looked at the sears Catalog?  You know we all have.  Subconscious Domination.

Nothing lasts forever.  When will the Feline domination of planet Earth end?  I don’t know but, I believe I know who the next challenger for Global Domination is and you should be able to figure this one out too.  That’s right, it’s The Penguins!  Think about it.  Why are Penguins black and white when they’re environment is all white?  They may as well be wearing a sign that says “Eat Me”.  No, they are black and white to look like they are wearing  tuxedos.  Humans say, “oh aren’t they cute, they’re wearing tuxedos
for the prom”.   Yes, the Penguins have been using their cuteness to integrate with human society the same way the Cats did.  Look on the TV.  You see Tennessee Tuxedo, Chilli Willie and The Pittsburg Penguins.  What about Batman’s arch enemy, The Penguin and the Penguin who hangs out with the General of General Car Insurance?  You even see Penguins around Christmas time hanging out with Santa even though they couldn’t live farther apart and still be on the same planet.  Why do you think Algore is always pushing a silly and unproven theory about global warming?  He is under the influence of the Penguins who now have millions of humans trying to “cool down” the earth.  Yes, cool it down to temperatures better suited for the Penguins.

I don’t know if the Penguins will be successful in their quest for World Domination.  Myself, I’m immune to their charm.  To me the just look like something tasty to put on the grill.  There is no doubt though, about the success of the Cats in their quest to Dominate the Internet.  There are more Blogs, Blog Hops, Caturdays and Google plus groups for Cats than any other subject.  At any moment you can find new and even cuter pictures and videos of Cats on the web.  What you are unaware of is the subliminal messages that the Cats are bombarding you with while you watch their “innocent little adventures”.  They could convince you that you “look good” in Leopard skin and you wouldn’t even know it.  Communication Domination.

Remember this warning and take notice the next time you watch an MGM movie and see the Lion roar in the opening credits.  Try to resist when you watch those cute Cat videos that everyone posts to Facebook.  If you have to, wear a tinfoil hat when you surf the web.  Because in the end, it may only be human awareness that has any real chance to reverse the World Domination by Cats. 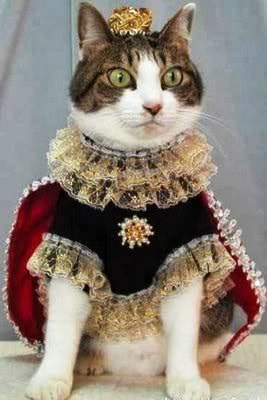