20 Hours with the Boys

It started with a  panicked call from my friend Trey.  He and Matt were called away to Hollywood for a big emergency meeting and they needed me to baby sit the 4 boys, Eric, Stan, Kyle and Kenny for a day.  Their timing couldn’t have been worse because my wife is out of town visiting her parents.  Wait, It’s only 4 boys.  It’s not 4 Honey Badgers.  No problem, right?   Yeah right.

I had an hour to prepare so I rushed to the store to pick up the Sharknado CD, Snaky Cakes, Cheesy Poofs, Ice Cream and Batteries.  When I got home I quickly removed all breakable objects from the living room-campground and found all my extra blankets, pillows and flashlights.  I’d let the boys pretend they were camping by draping blankets over the furniture and using flashlights.  Brilliant eh?  So I thought.

1:35 pm  The adventure begins.  Matt and Trey drop the boys off and thank me a disgusting number of times.  No problem, right.  Yeah right.

1:55pm  After answering several philosophical questions about why bald men choose to grow Goatees, I have the boys sitting, watching Sharknado and eating Snaky Cakes.   The plan is to save the Cheesy Poofs  for more troubling times.  No problem, right.  Yeah right.

4:00pm  The boys have convinced me to take them outside.  They want to see “Arizona Wildlife” like Coyotes, Roadrunners, Gila Monsters, Tarantulas and Buzzards.  I tell them that is not likely where I live but they insist.  I’ll take them to the lake.  No problem, right.  Yeah right.

4:10pm  The lake is beautiful.  The sun is shining as usual and it is hot. The birds are singing as I walk with the boys on the path between the lake and the canal.  We approach the water too look for fish.  Often large Carp…WHACK! WHACK! WHACK!  What the hell?  I turn and see Eric cracking a stick across a terrified turtle’s back. 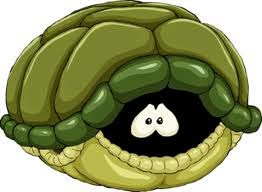 I quickly grab the poor turtle and narrowly miss being whacked by Eric’s stick.

I release the animal into the lake and swims away faster than Michael Phelps at the Olympics, apparently only emotionally damaged.

Eric:  It was a bad turtle.  I told it to get back in the lake and it didn’t respect my Authori-tie.

4:13 pm  I’m not sure how to explain the reasons for what followed.  I guess the demon on my left shoulder got my ear while the angel on the right took a nap.  I decided that I would have nature teach little Eric a lesson.  No problem, right?   Yeah right.

Agent 54:  C’mon boys let’s look for a Great Blue Heron nest.
I knew exactly where to find multiple Great Blue Herons nests. Hoo hoo haa haa (evil laughter).  For those who don’t know, Great Blue Herons are large waterfowl that make huge poops.  They like to nest in large, noisy communities in the tops of their favorite pine trees.

4:16 pm  There are many mysteries in life.  So many unanswered questions.  In this case these are a few of the questions one might have:  Did that bird see little Eric whacking the turtle and therefore he decided on his own to enact his version of revenge on Eric?  Did Agent 54 make a psychic connection with the bird and then did I give it an unconscious signal to let loose at that exact moment?  Was it just a happy coincidence?   We may never know but, as I backed away and Eric turned his mirrored sunglasses skyward,,, SPLAT!   The biggest bird poop ever splattered poor little Eric’s entire head.

Still 4:16 pm  The three boys and I bust out laughing uncontrollably as Eric stands in stunned silence,,,and then he starts to wail.  Eric’s very loud crying zaps me back to reality.  I’m responsible for these 4 lads including Eric.  I frantically try to wipe poop off Eric’s head with my do-rag as I poor water from my bottle on him.  I look around and try to guess which parent in the park is calling the cops on their cell phone and which is filming this for a later posting to YouTube.

Agent 54:  C’mon Kids, back to the apartment for baths and dinner.

4:18pm  All four boys are covered in poop or mud or grass or something.  Eric got bird bombed and the others have been rolling on the ground laughing for 2 minutes non-stop.  No problem, right.  Yeah right.

8:43pm  I’m exhausted. The damage done to my wife’s bathroom will live in infamy.  One load of laundry is in the washer and one is in the dryer.   The boys are all bathed, fed and in their PJs.   They are setting up camp in the living room as I type.  I don’t know what they are watching on the T.V. and I don’t care.  I’ve been longing for a little me time to relax an…..zzzzzzz,zzzzzz,zzzzzz WHA!!! MAN OVERBOARD!  WHA, I’m, I'm all wet. 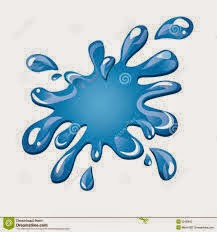 8:57pm  I charge into the campground to find 4 Angelic boys pretending to sleep.

I spy a Dixie cup on the floor and realize that my wetness centers around my left ear and then I know what the hell.  The boys waited until I dozed off at the keyboard and then poured a cup of water in my ear.  No problem, aw shut up!

8:58pm  As I find my computer chair I hear Eric fart (yes I can tell it was him) and all the boys crack up.  Shortly, they begin mocking my “Man Overboard” call.  Hey!, it was part of my Marine training.

11:03pm  The laughter and farting has died down.  I sneak into the quiet campground and open the sliding glass door a crack.  I dare not go to bed less one of these knuckleheads pulls a fire alarm or something.  I’ll just curl up on the couch and try to catch a cat nap.

6:15am  The night was relatively calm a few cups of water, a few bathroom visits.  I managed to get some sleep but, woke with a stiff neck from the couch.  Coffee and Advil, now please! 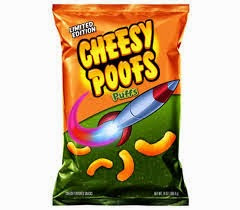 6:23am  As the coffee and sunlight show me an increasingly detailed view of the campground I see that nearly everything has orange smudges on it and the carpet appears to be much more crunchy than usual.  Ah yes, the Cheesy Poofs.  Maybe not the wisest idea.

I’m totally unprepared for such a straight forward, probing question.  I can’t tell him I planned it.  Nobody would believe that and nobody would buy the story that sweet little Eric deserved it.  Wait, maybe I should bullshit him into thinking I can control birds with my mind.  Wait maybe I did control the bird with my mind.  Huh?

9:16am  Trey is here to pick up the boys.  As I open the door he sticks his head in, looks at what’s left of the campground and just starts to laugh.  I have to laugh too.
As I hug each of them and say good bye I still find myself looking for orange smudges to wipe off before letting them go.