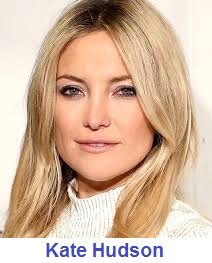 We’ve been following the Ron Burgundy Presidential campaign closely and we expect a statement from the candidate soon.  Right now we are still trying to figure out what Blintzed uh, Blitzed Wolfer is up to at CAN (Cable Ass Network)

Blitzed Wolfer:  This is Blitzed Wolfer for CAN on the campaign trail again.  Today we are on the Santa Monica  pier to ask people what they think of the smelly Pirate hooker scandal that has stained the Ron Burgundy campaign for President.

Blitzed:  Let’s ask a fisherman what he thinks.  Sir, Sir, what do you think of smelly Pirates?

Blitzed:  And so it is.  (under his breath) get the hell outta here you knucklehead.

Blitzed: (to a real fisherman)   Sir, can I ask you about smelly Pirates and hookers.

As he turns around we see the fisherman is Jack Nicholson. 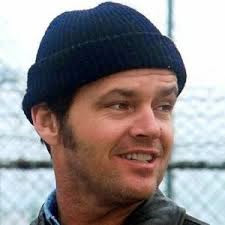 Jack Nicholson:  Yeah, I’ll talk about hookers, I like mine with nothing on em.  Heh, heh, nicht, nicht (scary laughter).

Jack Nicholson:  Blitzed?  That’s your name?  Blitzed?  What, were you conceived during a football game?  Heh, heh, nicht, nicht (scary laughter).   What the hell do ya think I’m doin here, I’m fishin.

Jack Nicholson:  Not really.  See I enjoy fishin my own way.  See I catch the fish and then I cut the fins off them on the right side only .  Then I throw them back and watch as the crabs try to eat them while they swim around in circles.  It’s great fun,,,for the crabs Heh, heh, nicht, nicht (scary laughter).

Blitzed: (appalled)  Well, uh, actually, uh we, that is, America wants to know what you think about the Ron Burgundy smelly Pirate hooker scandal.

Jack Nicholson:  So, Ron Burgundy is running for President, ya don’t say.  Well, Ron and I go way back.  You know, sometimes he joins me courtside for Laker games and his hair is always a work of art.

Blitzed:  Yes, we know it is but, what about the smelly Pirate hookers? 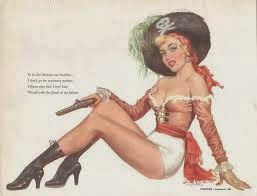 Jack Nicholson:  Well, I wouldn’t know anything about that and if I were you I wouldn’t be repeating that around town too much if you know what I mean.  I mean, it might not be too healthy for a guy to be making certain insinuations against Ron Burgundy who happens to be a friend of mine.  Ya know what I mean, Do ya?

Blintzed uh, Blitzed to the camera:  Thank you and that’s all from the Santa Monica pier.   This is Blitzed Wolfer for CAN.  (to the crew under his breath)  Let’s get the hell outta here, like now.

Jack Nicholson:  (Shouting down the pier as Blitzed and crew hurry away)  Nice to see ya.  Hurry back JACKASS! 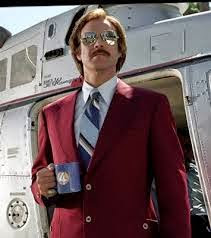 Ron Burgundy is very fortunate to have good friends like Jack Nicholson to watch his back.