I’m really excited to bring you updates from the Ron Burgundy Presidential Campaign especially since he’s teamed up with Old Spice to clean up Washington D.C.  Finally we have a really different candidate to shake things up.  We caught up with Ron, Blitzed Wolfer and a special guest in the Rodeo arena at the Missouri State Fair. 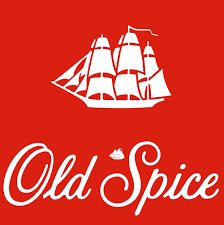 Blitzed Wolfer:  Hello again everyone this is Blitzed Wolfer on the campaign trail for CAN the Cable Ass Network at the Missouri State Fair and we are in the Rodeo arena waiting for Presidential Candidate Ron Burgundy to join us.  I have with me former Boston Red Sox World Champion first baseman Kevin Miller who is a currently working on MLB network.  Hello Kevin, how are you?

Kevin Millar:  It’s Mill-ar there Blitzed, not Miller.  You know like Mill and then ARRRRRH like a pirate and not none of them smelly Pirate hookers either, no, a cool Pirate like that Captain Morgan or Blackbeard or Spacebeard.

Blitzed:  Mill-aaar.  Thank you.  Ron Burgundy promised to meet us here at this time.  I’ve seen some of his people handing out campaign materials but, no Ron so far.  Kevin, are you excited to meet Ron Burgundy?

Kevin:  Yeah sure, I heard some things about this boy runnin for President.  I like Old Spice and their crazy T.V. commercials.  I think they could make a good team.  Now Blitzed, is this your first time at the Redneck Olympics?  Cuz it looks like it.

Blitzed:  Excuse me, Redneck what?

Kevin:  The Redneck Olympics.  That’s what us Rednecks call the Rodeo.  This is your first Rodeo.  Boy, did you notice anything about the way you’re dressed.

Blitzed:  Uh, I appear to be dressed app….

Kevin: (interrupting) Man, you’re the only one in this place with a tie on except some of the Rodeo clowns.  Man, take that thing off, loosen up, you’re embarrassin me.

Rodeo Announcer on the PA system:  Ladies and Gentlemen, Thank you for coming to the Rodeo at the Missouri State Fair.  (applause)  I would like to direct your attention to the center of the arena, you may recognize a special guest Rodeo clown.  Yes fans, it’s leading Presidential Candidate Ron Burgundy in a Red White and Blue Rodeo Clown suit.  (big applause as Ron waves to the crowd)

Kevin:  Boy, how da ya like that.  That’s Ron Burgundy out there in a clown suit with make-up and everything,,, except no hat cuz his hair is a work of art, no doubt.

Blitzed:  Well, what a surprise.  You never know what Ron’s up to next.

Rodeo Announcer:  And here comes the bull.  Who wants to see a politician being chased by the bull rather than flinging the bull?  (crowd applauds and laughs) Here we go the bull is chasing Ron Burgundy and then another clown zips in between them and distracts the bull.

Kevin:  You see that teamwork there Blitzed.  These professional Rodeo clowns have the timing of a great double-play combination.  They distract the bull at the right time to keep each other and the bull riders from getting hurt.

Blitzed:  Yes they really move well out there and you can tell they have a plan.

Kevin:  Boy, you’re startin to get into the ole Redneck Olympics ain’t ya.  I’ll make a Redneck out of ya yet.

Rodeo Announcer:  The bull is after Burgundy again.  Who wants to see Ron Burgundy get run down?  (raucous cheers of “no” and “yeah” and laughs as the crowd is really having fun).

Rodeo Announcer:  Burgundy is down as the other clowns distract the bull.  Looks like Ron Burgundy slipped and went down in puddle of mud but, he’s up and waving to the crowd.  Ladies and Gentlemen how about a hand for Presidential Candidate Ron Burgundy being a good sport.  (thunderous applause, whistles and cheers)

Kevin:  Man look at that clown suit.  Somebody’s gonna be up doin laundry all night tonight.

Blitzed:  Ron is heading this way. (as Ron approaches he’s a bit out of breath) Ron, how are you?

Ron:  Good to meet you Kevin,,,Yeah,,,they stink.  Hey, I saw you win the World Series some years ago,,,didn’t I?  (someone opens a gate for Ron to walk out of the ring).

Blitzed:  That looked like a lot of fun, Ron. 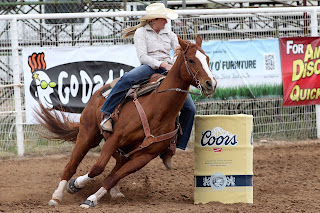 Ron:  Are you kidding?  I was terrified.  No, no actually I have all the confidence in the world because those are professional Rodeo clowns and they really know what they are doing.  This really was a blast.

Blitzed:  Why did you get into the ring with that bull?

Kevin:  Man, we ain’t in no studio.  This is how you ask that question.  Ron, what the heck possessed your mind to get you in the ring with a 2000 pound monster bull?

Ron:  Well Kevin, as you know, my campaign has teamed up with Old Spice and our goal is to clean up Washington politics.  I wanted to show the good people of Missouri that a politician could get down and do the hard, dirty work for them and then after I shower with Old Spice body wash, show them how I could make everything nice and clean again.

Kevin:  Well alright.  You know I always liked Old Spice so I think you got my vote.

How about you Blitzed?

Blitzed:  Thank you very much for stopping by Ron.  I know you want to go get cleaned up so we’ll wrap this up now.

Ron:  I appreciate CAN and (turning and waving to the crowd) the great people of Missouri whoo hoo!. (great applause as Ron heads for the showers)

Blitzed:  Well, we certainly had an exciting evening here at the Missouri State Fair.  I’m Blitzed Wolfer with Kevin Millar on the campaign trail for CAN saying good night everyone.

Kevin:  (puts his arm around Blitzed as they walk off) Hey, let’s go get us a Captain Morgan.  What’s with your name anyway man?  What did daddy get really drunk that night or what? 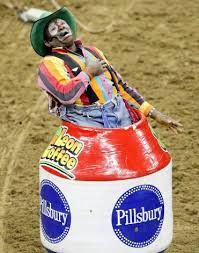