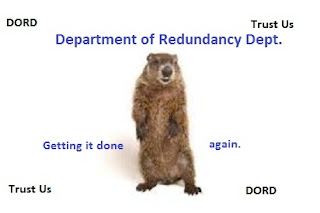 Agent 54 here again.  You probably figured that the NSA has most bars and taverns bugged and we do.  We watched and listened in on Archie Bunker's Place, a neighborhood tavern in Astoria, Queens NY and found some interesting business was occurring between T.V. Stars Fred Flintstone and Ed Norton from the old Honeymooners show that ran in the 1950s.  Check it out:

Ed Norton:  Hey, there he is, Fred Flintstone in the flesh. It’s a great honor to meet up wit you.

Fred Flintstone:  Ed Norton you’re just the man I want to see.  Sit down, sit down.  Can I buy ya a beer?  Hey bartender, two Rolling Rocks on the double.

Ed:  Why thank ya there Freddy boy.  So, what’s the occasion?

Fred:  Well, ya probably heard that Barney and me, well, we’re on the outs.

Fred:  Yup, it’s true, Barney wants to be on his own, the big star, the top banana, the cream del a crop…

Fred:  Exactly, he says I’m holding him down.

Fred:  That’s why I wanted to talk to you.  You did such a great job as Ralph’s sidekick.  Why, it seemed like just a natural fit.  Whadda ya say?  Wanna be my second fiddle?

Ed:  Gee, I dunno there Freddy boy, I mean It’s been a long time since I done any fiddling around ya know.  Me and Ralphy boy were together a lot a years.  I gotta do some thinkin on it before I make a decision with this kind of monumentalness to it.

Alf: (from a dark corner of the bar and slurring his speech)  Don’t do it Eddd (burp) Once he’s got his hooks…..(burp)

Archie Bunker:  (bartender to Alf)   Hey why don’t you just stifle yourself over there, eh!  (to Fred and Ed)  Here’s your beers boys.  Don’t pay no nevermind to that furry drunk in the corner.  He’s just down cuz he can’t find no woik.

Ed:  Yah, well coming from the NYC sewer system the quarry would be a step up.

Fred:  Hey, well go bowlin every Saturday night and you'll join the Loyal Order of Water Buffalo Lodge No. 26 and be my lodge brother, oh we'll have a gay ole time.

Ed:  Well, ya make it all sound rather inviting but, one thing, Betty, I mean how’s that gonna woik out.

Fred:  Don’t worry about a thing, I already talked to Betty and you’re in like Flynn. (winking)

Fred:  It will be great!  We’ll go down as one of the great comedy duets like Laurel & Hardy, Abbot and Costello….

Fred:  (Angrily)  Why don’t you shut up you intergalactic drunken bum!  (turning to Ed) Ed, whadda ya say?  Are we a team or are we a team?

Ed:  Whadda I say, whadda I say, I say we are a team there Freddy boy, a team from now on! (reaching out hands and shaking on it)

Fred and Ed walked out arms around each other like two true buddies as Alf passes out on the floor.

Wow!  We witnessed comedy history.  I can’t wait to watch the new adventures of Fred & Ed. 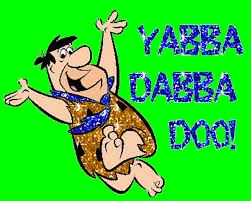