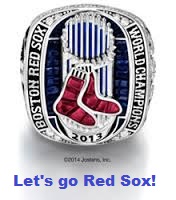 I was reminiscing about the Boston Red Sox 2013 Championship season when Ron Burgundy visited Fenway Park during the playoffs with the Detroit Tigers.  Those were good times for Agent 54, a lifelong member of Red Sox Nation.  Take a look at my report from those happy days.

Scene:  A crowd of happy Red Sox fans, some dressed for Halloween, are gathered on Yawkey Way outside of Fenway Park in Boston.  Fox Sports has a set up for television interviews.  Various producers and helpers scurry about along with the Burgundy Campaign staff.

Ron Burgundy:  A pleasure to be here.

Buck:  So the last time I saw the two of you together it was at the rodeo.

Kevin:  That’s right Buck, we were at the Redneck Olympics and this dang fool was in the ring with some of the meanest, nastiest, stinkiest bulls I ever seen.

Ron:  Oh yes, that was quite a bit of fun.  You know, I was really impressed by the professionalism of the rodeo clowns and the stinkyness of those bulls.  They really stink. 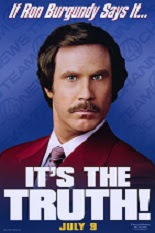 Kevin:  Heck ya they do.

Buck:  So the Red Sox lead the Tigers 3 games to 2 in this best of 7 series. Tonight’s pitching match-up has Clay Buchholz for the Red Sox against Max Scherzer for the Tigers.  Kevin who has the advantage here?

Kevin:  This series has been very hard fought and very close with 4 of 5 games being decided by only one run however, It’s hard to bet against these Sox at Fenway.

Crowd cheers like they haven’t had enough coffee yet.

Buck:  Ron, you are more of a casual Baseball fan.  Which team do you like?

Woman shouts from the crowd:  Ron, your hair is a work of art.

Buck:  Ron these Red Sox are known as “The Bearded Warriors” because in spring training they bonded over the growing of their beards.  Did you ever consider growing your beard?

Ron:  That was a long time ago during a deep dark emotional period in my life.  I remember drinking milk in the hot San Diegan sun.  It was not a good choice.

Buck:  Kevin, you had many versions of a beard when you played.

Kevin:  Heck ya!  Every time I got in a slump, I had to do somthin so, I trimmed it or shaved it or made it a goatee beard, heck I even put a chicken bucket on my head because one of my “Idiot” teammates said it would help.

Ron:  You know I once fashioned a royal crown out of a chicken bucket and wore it on the campaign bus to…

Out of the side of his vision Ron sees The Only Wendy Shade making slashing motions to tell him to cut that story short.

Ron…well that’s a long story.  Buck, do you like fried chicken?

Buck:  Uh, well yes but, later I’ll be having a Fenway Frank as Fox Sports coverage of Game 6 of the ALCS continues after the break.

The interviews are over that the men shake hands and go their separate ways.  Ron Burgundy is walking through the crowd with The Only Wendy Shade and a couple of campaign volunteers.

Ron:   I thought that went particularly well, didn’t you?

Wendy:  Ron, don’t ever tell that chicken bucket story again.  I’m surprised that I have to tell you that.

Ron:  Well, in the moment it seemed to be the right thing to do.

Wendy spots a woman coming towards Ron with a pair of scissors held by the blades (correctly) in her hand.   She points to the woman and screams… 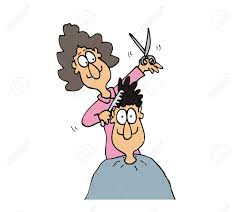 Quick as flash, campaign volunteer Joe B. tackles the woman and takes the scissors from her hand.  He pops up to his feet again, dragging the dazed woman up by her collar.

Wendy:  What the heck is going on here?

Woman without scissors:  I’m sorry Mr. Burgundy.  I’m just a really big fan of yours  and I wanted to ask you for a lock of your beautiful hair.

The small crowd that has gathered around them says “awwwwe” all at the same time.

Wendy:  OMG!,  Joe, let her go and give her back the haircutting scissors.

Ron:  I’m sorry darling.  I can assure you that we don’t tackle all our fans that way.  What’s your name?

Ron:  Well my dear, if I gave a lock of my terrific hair to every fan who asked for one, I would be bald in a week.  How about this instead.  Ron takes Carol’s right hand and gently kisses it as though she were royalty.  Carol faints and falls into Joe B.’s arms.

The crowd applauds the Burgundy campaign.

As Ron and Wendy resume walking he has an observation.

Wendy:  A little too exciting for me, thank you.

Ron:  And we still have a great baseball game to enjoy.

Wendy:  Not for me it’s not.  If you need me after the second inning I’ll be at the bar.

Well, we all remember that the Red Sox went on to win the World Series with help from Ron Burgundy that year. 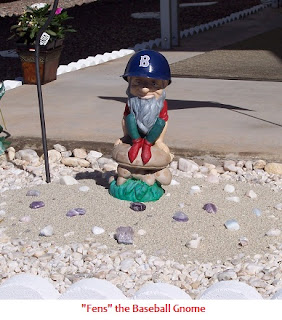