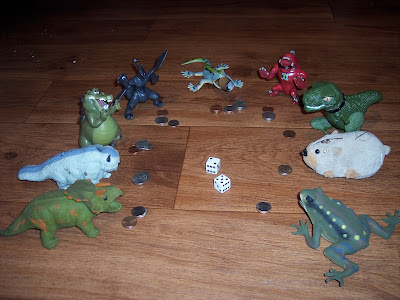 Agent 54 here again.  I came home from work early the other day and caught some of my so called friends, shooting dice in my kitchen.  I’ve told them a hundred times that “there’s no gambling in this house” but, they obviously don’t give a damn.  If my wife catches them, she’ll make me collect them all and drop them off at Good Will.

I may as well introduce some of them to you.  You may have seen then in my earlier picture labeled Poison.  They all wanted to be in that one.  They’re such hams.

This is Georgy the Gecko.  He's the ring-leader.  He runs the craps game and takes advantage of the not-so-sharp little guys.  That's how he finances his Cigar habit.  I got to admit that I enjoy lighting up a nice Arturo Fluente with Georgy.  He hates the Geico Gecko and is always saying he'd kick his ass.  I didn't tell him that I have my car insurance with Geico.

Next is Froggy. He's Georgy's right hand,,,whatever and the jokester of the group.  My wife hates Froggy because he's always hiding in a cupboard or drawer or in her purse and jumping out at her.  I've had to stop her a couple of times from shoving him down the garbage disposal, with Froggy laughing the whole time.  Froggy's not the sharpest tack in the box and Georgy has convinced he owes him $728,000.00 for some Real Estate they've invested they're craps winnings in.  Someday the shit's going to hit the fan on that deal and I'm not going to get in the middle of it.  I think we'll find out how tough Georgy really is that day.

Chipster pretends to be shy sometimes but he's really a great actor.  If you look back at the Poison picture you can see that he really did look dead.  When human friends come over they can catch a glimpse of him scurrying under tables and chairs.  He wants to be subtle but he wants his attention too.  When it's just the wife and I at home, Chipster will make a variety of squeaks and shrieks until someone picks him up and he's always around when I have the camera out.

Spike is one whose bark is worse than his bite.  Actually he can't really bite you because he lost all his teeth on his lower jaw.  We do feed him just like the others but, for some reason, he likes to eat from the garbage can so, his breath is always terrible.  Yeah, he's not one of my wife's favorites either.  Spike was abandoned in a park so, when I saw him all alone, I thought I could give him a good home but, he doesn't interact much with the others, except when the dice come out.

T is a true bad-ass.  Again, not the brightest bulb on the string but, if you want something small destroyed or eaten, he's your,,,whatever.  I can't keep enough little toy spiders, snakes or tiny dinosaurs around for him.  T eats constantly but never gains any weight.  T takes no crap from anyone but, it seems that Georgy has some kind of power over him even though T could rip him a new one in fight.  I don't know how much of my change T has lost to Georgy in the craps games over the years but, you always see him in the game with that huge grin on his face.

Well, those are some of my little miscreant friends that help make my life a little more interesting.  I'm sure I'll be writing about them and the others again when something interesting happens and something interesting always does happen.  I've gotta get going now, I promised to take them to Taco Bell for lunch today.  This should be fun. 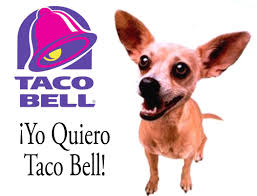