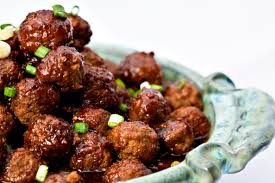 Agent 54 here again.  I once visited the White House in Washington D.C. as a civilian, on a tour where I said "mmm, meatballs" while lifting the lid of an antique serving tray.  My kids thought that was funny however, someone in the basement of the White House, spent a month trying to decipher the “secret coded message” I had left.

Now that I work for the NSA under the DORD I was able to look up the old incident report for my visit.  The report’s stated conclusion was that the messenger was “probably mentally challenged”.

Now I work for them. 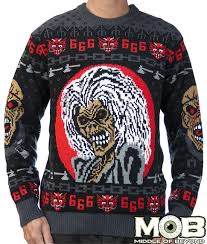 Anyway, we’re having an Ugly Christmas Sweater contest at the NSA Christmas Party next week and I have to wonder, do I have a chance to win?

I could wonder why anyone would have a contest for wearing ugly clothing but, it’s obviously good clean Christmas fun until someone pukes egg nog on your Ugly Sweater and then it’s good disgusting fun.  Some of the Sweaters I’ve seen, puke on them would be an upgrade. 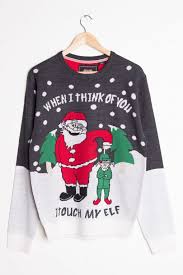 Will anyone’s aunt Ethyl be insulted this season because her nephew Phil, won his company’s Ugly Christmas Sweater contest wearing her latest creation?  Probably but, if you’re going to make an omelet you have to crack some eggs and if you get some egg on the Sweater, all the better your chances of winning.

I can imagine the Sweater my buddy Billy Idol will be wearing.  Surely it will have some leather and some studs and probably a few holes.  He will definitely be a contender for the title.

Flo’s Ugly Progressive Sweater will be mostly white.   That is until the puking begins.  But then, who knows what vomitous works of art people will be sporting by the end of the night. 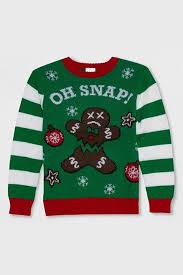 Inspector Gadget’s Sweater will be neat and have a device built in to automatically clean any puke or egg or egg nog stain.  He will not win.

My friend, John Rambo won’t win either.  He’ll undoubtedly be wearing a Sweater with the sleeves ripped off  but, he looks so good that he’ll make the raggedy Sweater a sure loser.

The Joker’s green and purple Sweater with his multi-colored face on it will be tough to judge.  Who has the guts to tell the Joker he has an ugly mug or that his sweater lost the contest.  Talk about getting caught between the egg and the nog. 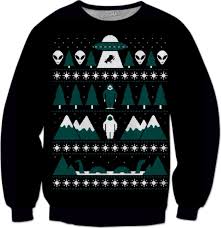 Lady Ga Ga’s Sweater will surely be too revealing and my boss, Max may have to make her cover-up.  After all it’s a Christmas party at the NSA and not a strip club.

Nurse Ducttaper will probably be wearing her normal ill-fitting blue Sweater that she wears over her white uniform.  It’s her face that makes that Sweater a contender despite its lack of creativity.

Of course the Minions will look cute in their ugly sweaters.  They're a top contender for the crown.

With so many great contenders it’s not going to be easy to be the Ugliest.  So, I’m off to the Goodwill store to pick out a winning Ugly Sweater.  Wish me luck. 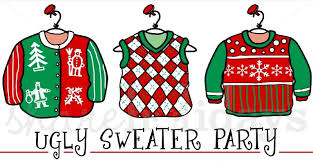 "If you want to destroy my sweater, hold this thread as I walk away".
Weezer