The Rubbish Ranger versus Foilman


Agent 54 here again.  Everyone knows that on my days off I like to get up early and clean-up my neighborhood by picking up trash using a plastic bag and my grabber stick ($19.97 at Home Depot).  I had an interesting encounter with a kindred spirit, sorta, yesterday while out doing my thing.  Here’s my report on my conversation with Foilman.

Foilman:  Isn’t it obvious?  I’m Foilman!  I’m saving the environment by collecting foil, cans and other aluminum debris from the streets of this fair city.  Who are you and what are you doing, citizen?

Agent 54:  Uh, well, I’m just picking up trash in my neighborhood.  I’m Agent 54.  I mean that’s my nom de plume but, when I’m doing this I think of myself as The Rubbish Ranger.

Foilman:  Nam de what?  Sounds like you’re a little confused.  I hope you are recycling the aluminum cans you’re picking up.  You too can save the environment by recycling and helping to make the most of the earth’s resources.  You are recycling, aren’t you Mr. Rubbish?

Foilman:  And what about the aluminum trash you pick-up?  Do you know that Americans discard a billion tons of aluminum every day.   What will you drink your beer from when the earth runs out of aluminum?

Agent 54:  Huh, I don’t drink beer and where did you get that number.  Sounds like fuzzy math to me.  And another thing, what’s with the Halloween costume?  You’re not trying to draw any attention to yourself or anything are you?

Foilman:  Hah! This outfit is smart and perfectly appropriate for an environmental Superhero.  I wouldn’t criticize anyone else’s apparel when you, yourself look like you are dressed for a felony.  Just because you call yourself Mr. Rubbish doesn’t mean you have to wear it.

Agent 54:  I told you to call me Agent 54 and I wouldn’t make fun of anyone else’s name with a greasy name like Foilman?  I mean really.  Foilman – Oilman?  What the heck?  And don’t you mostly pick-up cans?  What about Canman or The Canister?

Foilman:  Now see here, I come from a long line of…

Agent 54:  (Interrupting).  Wait a minute!  What the heck are we doing here?  I didn’t come out to get into a pissing contest with you.  I actually admire what you do.  We are both protecting the environment in our own way on our time off work.

Foilman:  Yes, well, you do have a point except all my time is time off work.  I just like to use the extra money I get from selling the scrap aluminum to buy cigars. 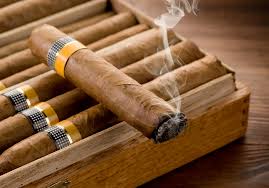 Foilman:  Correct.  I haven’t had to work for many years.

Foilman:  I made some very smart investments when I first started working.  They have paid off quite handsomely .

Foilman:  Well, if you insist, it was Waste Management.
Agent 54:  I should have known.  Alright, I’m getting hungry now.  I’m gonna go home for some chow.  You know, we’re both on the same team here.  We should be friends. (Agent 54 puts his hand out for shaking.)
Foilman:  (reluctantly shaking Agent 54’s hand)  Yes, I suppose we are on a similar mission though mine is much more thought out and  makes much more sense on many levels.  Maybe we should get together for a cigar sometime, sometime when you’re dressed more appropriately.
Agent 54:  (taken aback and turning to go and under his breath)  Don’t count on it.

So, who’s side are you on?  Foilman or The Rubbish Ranger?

PS:  Today (11/12/166) I ran into a woman who calls herself "The Litter Gitter".  She was on a nice Tricycle with baskets and she had her grabbers stick and a bag for her recycling.  The Litter Gitter said she takes the money from the aluminum she recycles and donates it to her church.  I'm glad there are other civic minded people out there like The Rubbish Ranger and Foilman.