Agent 54 here again.  I was eggxcited to get this colorful phone call between the foremost distributor of Easter Eggs and the head of the Egg Manufacturing Union.  Seems that one side wants a new deal.  Will these guys be able to resolve their differences before Easter Sunday?  Let’s hope so for the children’s sake.

A bunny secretary speaks into her bosses intercom:  EB, I have Chicky Hoffa from the EMU on line one.

EB clicking line one:  Hey Chicky, how are ya?  What can I do for ya.

Chicky Hoffa, head of the EMU:  Hi EB.  You know we’re busy as heck trying to build up your inventory for this year’s Easter season.

EB:  Yes, and we appreciate all of your hard work.  We’re working around the clock here to get ready too.

Chicky:  Yeah well frankly, we at the EMU think you could appreciate us a little more and I don’t mean chicken scratch either.

EB:  Now wait a minute here Chicky, we just made a new deal in 2018,  We still got 4 years on our contract.  I’m afraid I can’t hop up to the plate to make a new deal at this time.
Chicky: (in an elevated tone)  Hey fur-ball, you know that ever since the stupid HOP movie came out, demand for our eggs has doubled.  My hens are working overtime and we need a bigger slice of the pie if you want us to keep up with demand.  We want more of the recognition for Easter too.  After all we make the darn things.

EB:  No need for insults, Chicky.  I’m sure you realize that if it weren’t for me you would have almost no demand,  I’m the face of your product and let’s not forget my expenses.  I have designers, artists, distribution and administrative staff to pay.

Chicky:  I don’t give a fart about that and I still can’t figure out how you made humans believe that a bunny would deliver decorated chicken eggs.  You know, I got an idea.  I just might create an Easter Chicken and knock your cotton tail right out of this whole industry.  How’s that sound?

EB:  Is that a threat?  Cause you may not know this but I’ve been talking to Donald Duck and he says that between his ducks and a bunch of quails he’s organized, I can get more than enough eggs to fill my orders.

EB:  Let’s calm down here.  We’ve been in business together too long to throw it all away now.  Truth is we got a good thing going here and we should be able to figure out how to keep it going.

Chicky:  Yeah, well I just wanted to remind you that the Lucky Rabbit’s foot industry is starting to take off again.  Say, how well do you hop on 3 legs?

EB:  Alright, this is getting ugly now.  Look let’s talk turkey at our next board meeting.  I’ll buy you a drink and we can sit down and discuss things like civilized, professional, business animals.

Chicky:  Yeah, Okay, I’ll be there but remember, I ain’t exactly 100% domesticated either.  I’m warning you, don’t tweak my beak.

EB:  Yes, of course not.  You know, I’ve always had the utmost respect for you and your Union.  I’ll see ya at the meeting. 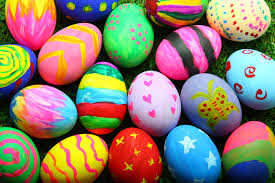 Holy Cow!  I can’t wait to listen in on that board meeting. 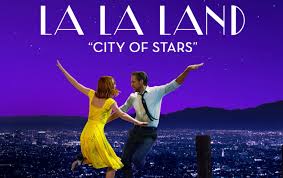 Agent 54 here again.  My wife dragged me and my movie buddies to see LA LA Land starring Emma Stone as Mia and Ryan Gosling as Sebastian (Seb) today.  It was a more believable movie than 50 Shades of whatever and I'm sure the dance numbers were better too.  Surprisingly, we all seemed to enjoy LA LA Land.

Here’s another of our poolside reviews.

Scene:  Agent 54 is sitting at a poolside table with a soda, notebook and a pen,  Everyone else is in the pool relaxing.

Agent 54:  Well, as usual, I have to start things off .  To tell the truth I thought LA LA Land was going to be the typical boring “chick-flick” that my wife makes me sit through from time to time so I can get to watch great movies like Sharknado and District 9.

However, I went in with an open mind and actually enjoyed the movie.  I found the dance scenes to be colorful and energetic.  I enjoyed the scenes filmed in and around Hollywood and the movie made me want to go back there for vacation again.  Much of the movie brought the viewers back to the golden age of Hollywood musicals and the music was good, especially if you enjoy jazz.

Carol (Mrs. Agent 54):  I liked the story except at the end when the guy and the girl didn’t end up together.  I thought that was sad.

Shamu:  Sad maybe but, they be keepin it real.  Nobody in Hollywood stays hooked up for very long.  I really enjoyed John Legend’s vibe as the leader of the band that Seb joined. Flipper:  Yeah, well, I liked Emma Stone.  She’s one of the cutest little Hollywood starfish in the sea.

Charlie Tuna:  Oh boy.  You still got no class, Flip.  Last movie we saw you got a crush on Isla Fisher and that’s all you remember about the flick.

Flipper:  Eh, what can I say.  I’m a suckerfish for little Redhead Herrings.

Agent 54:  Yeah, getting back to the movie, I have to agree with Shamu.  The underlying message of LA LA Land was one of the sacrifice and commitment needed to make your dreams come true.

Charlie Tuna:  I say Mia has no class either.  I mean, after they split up Seb intercepts an audition call-back for Mia and he drives off to Colorado to drag her to the audition which makes all her dreams come true.   What does she do for him?  She gets rich and famous and forgets all about him and marries some French guy.  No class!

Carol:  OMG! He wasn’t a French guy and she helped Seb with his career before by telling him to chase his dreams and play his own music no matter what.

Shamu:  Shiiit!  Seb was gonna make it no matter what.  That guy can play the piano like nobody’s business. 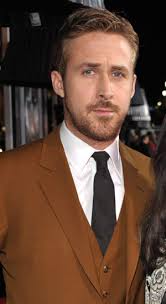 Shamu:  Whatever, I’m just sayin he did a lot more for her than she did for him and that’s the damn straight skippy.

Flipper:  Hey I enjoyed the scene on the Santa Monica pier when Seb is singing.  You know, I used to swim near there all the time but, you got to keep your distance from the pier.  Nasty fishing hooks and that kinda crap all around.

Scene: Carol gets out of the pool and wraps a towel herself.

Carol:  Okay, I’m heading back to the house to make dinner.  I’ve had enough of hanging around with this riff raff.  You comin, Agent 54?

Agent 54:  In a minute.  Gotta finish writing this up.  Hey, how many Starfish?

Charlie Tuna:  I give it a classy 4 Starfish and I would watch it again.

Scene:  After Carol leaves, Agent 54 closes his notebook and slowly takes off his Hawaiian shirt,then shouts,,,

Scene:  After the biggest splash in the history of that pool, Agent 54 comes up for air.

Charlie Tuna:  Chips is gonna be a classic comedy.

Agent 54:  Okay then, Chips, starring Dax Sheppard and Michael Pena it is.