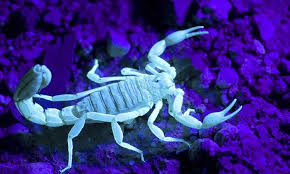 Agent 54 here again.   Once upon a time last night, I was sitting on my porch in my favorite chair smoking a cigar and chatting with a neighbor and my wife when my wife yelled “Agent 54, there’s a scorpion”.   I turned to see a mean and ugly scorpion with his hands in the air like he just don’t care and snarl on his face, running directly toward my position.  Quick as a cat, I jumped up and stepped on it, killing it only a few inches from my chair.  I had to wonder, what was on this scorpion’s mind.  What were it’s true intentions?

I’ve been killing scorpions ever since I moved to my new home.  I have a black light flash light and I put on a pair of gloves and I go out and stab the scorpions in the face with my pocket knife and dump them in a canister of soapy water.  I’ve gotten hundreds of the pests over the last few months so, I have to ask myself, was this latest event just a rogue suicidal charge or is there a larger plot afoot by my enemies?  What is really going on? 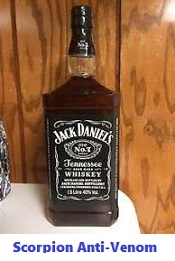 It’s not that I hate scorpions.  They’re not evil.  After all, they just want what we all want for our own families.  A place to sleep, a good meal, good schools and a suitable mate.  Heck, they eat some of the other pests that I really do hate, like mosquitoes.  We really should be allies except for the fact that they freak my wife out.  I kill them so Mrs. Agent 54 won’t accidentally step on one and get stung.  We all know if she got stung, she would scream and panic, thinking she’s allergic and I’d have to run her to the hospital.  Nobody wants that.

Actually scorpions are kind of interesting.  For one, they got no neck.  Can you imagine going through life with your body, head and arms all coming out of the same place?  Another thing is that they will eat other scorpions.  Wouldn’t that make dating difficult?  Think about it.  You meet a cute girl say hello and then you have to decide, do I want to mate with her or devour her?   Meanwhile, she’s deciding the same thing about you.  Awkward! 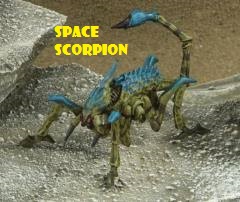 Let’s say you are a good-looking, successful male scorpion with a nice bachelor lair and you happen to impregnate a nice girl scorpion.  They give birth to 25 to 35 kids at a time!  There goes your weekends.  With that many mouths to feed and diapers to change, you may never get another night out with the boys.  And don’t get caught admiring another cute little scorpion girl’s tail or your jealous life-mate may sting you with hers and feed you to the family.

I read other interesting things like the fact that scorpions can go 6 months without eating.  That would suck.  I’m hungry right now.   Also, I have to wonder why they glow bright green under an Ultra-Violet light?  What is the purpose of that?  Does it have anything to do with Space Aliens?  They say scorpions have been around since the dinosaurs roamed the Earth.  Do scorpions have Ancient Alien Ancestors?  What if it were true?

Coming back to the original question, I have to wonder if the word is out in scorpion social media circles, that I’m the greatest scorpion hunter in the entire trailer park?   Is there a secret scorpion criminal organization called S.T.I.N.G.? Are they plotting in an underground lair (like a hollowed out termite’s nest) with a specific mission to take me out?  Do they have a scorpion equivalent to Dr. Evil and Mini Me?  Is my very life in danger? 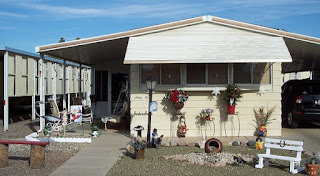 Then I was thinking does this really have to be an all-out war?  Maybe I can find a way to communicate and negotiate with the local scorpions.  Maybe I can get them to bug-out to the next trailer park over?  Surely, Arizona is big enough for all of us.  This could turn out to be a win-win scenario except, for the people in the next trailer park.  They’re screwed but, who cares!

So, if you know how to communicate with scorpions, please pass that information on using the comments box on this blog post.  Thanks in advance.