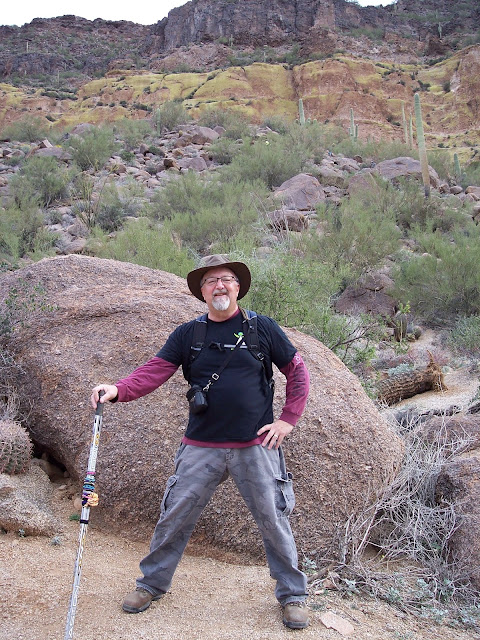 Agent 54 here again.  I went hiking in the Usery Mountain Regional Park, Arizona.  It was a great day for hiking.  Overcast and not too hot.  The mountain has a band of light colored rock called "Tuff" that can be seen from all over the valley of the sun.  The "Tuff" has a lot of green colored Lichen on it now because we had a lot of rain in October. 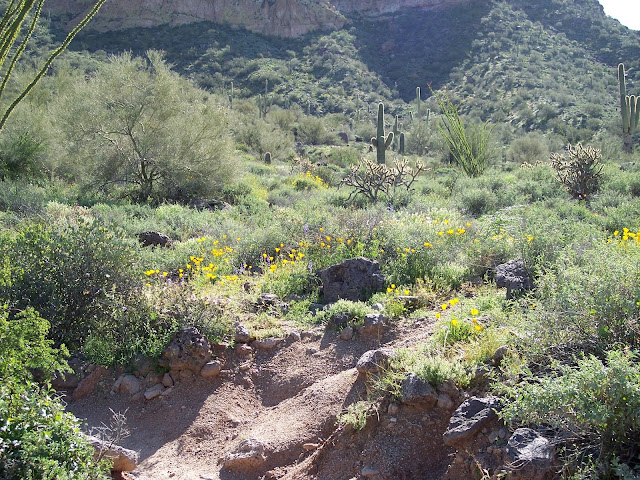 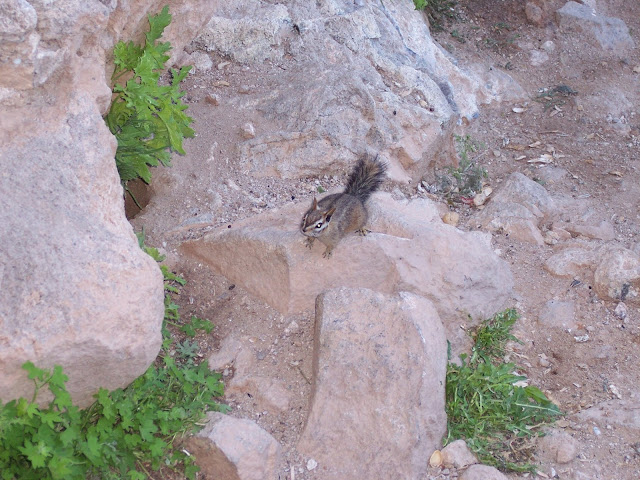 My little buddies were out. 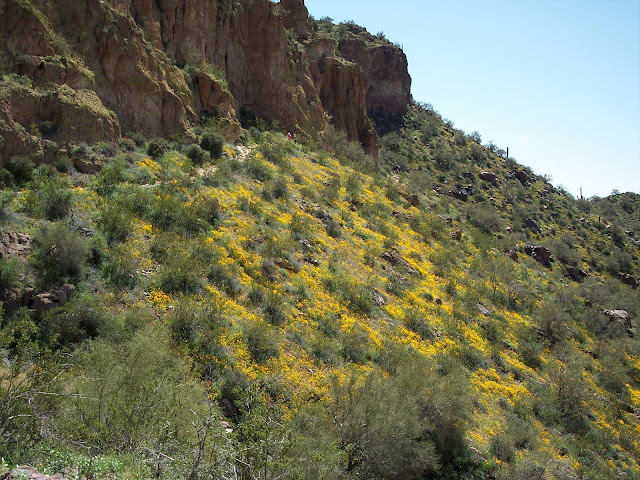 Millions of Yellow Flowers were in bloom. 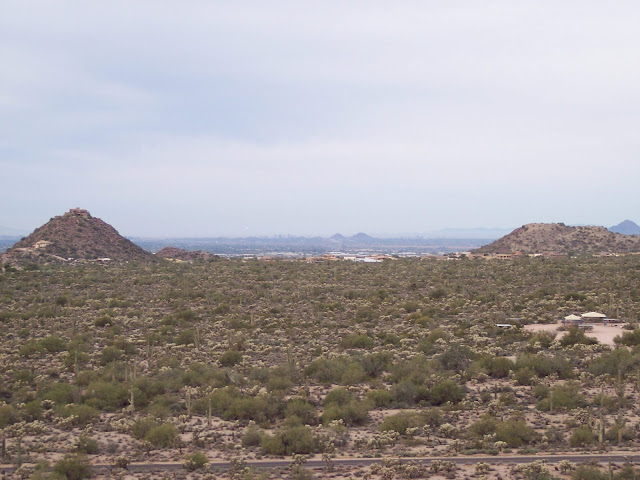 I hiked the Vista Trail in the Merkle Hills to start off my day.  You can see the tall buildings of Phoenix in the hazy background. 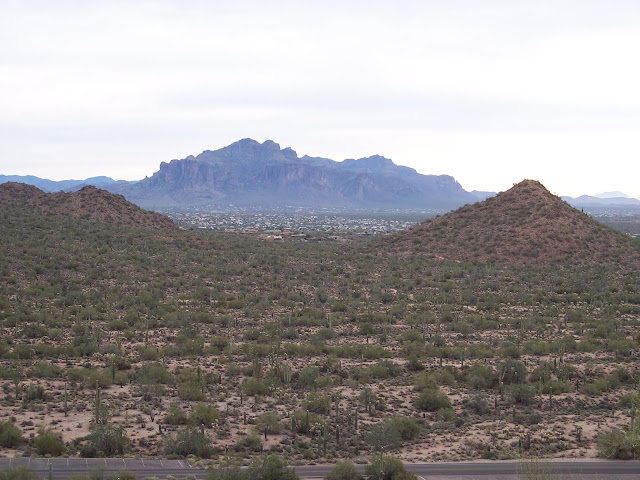 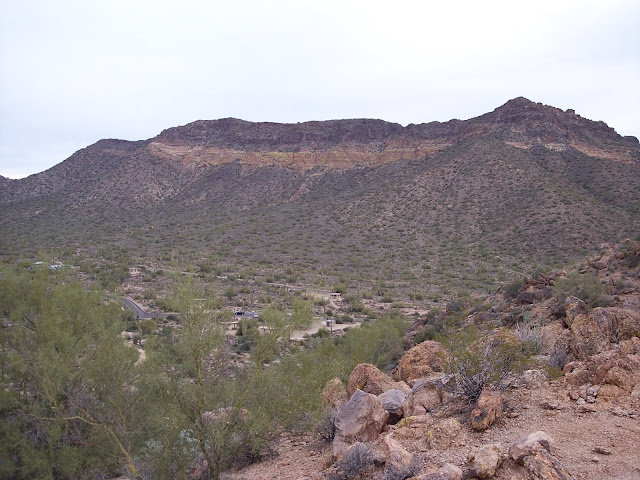 Great view of Pass Mountain from the Vista Trail. 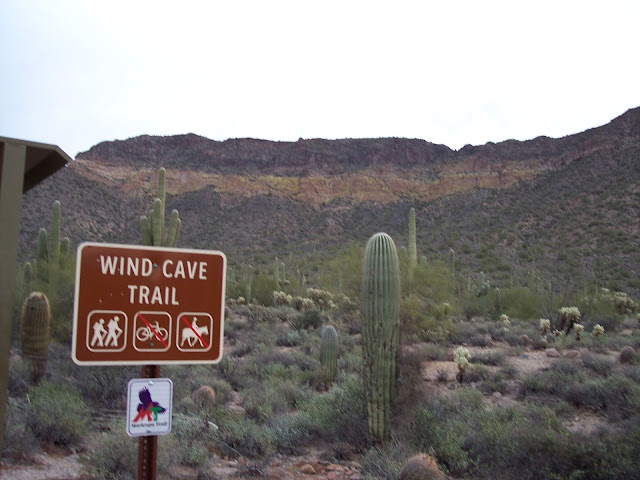 I hiked up the Wind Cave Trail and had lunch in the cave. 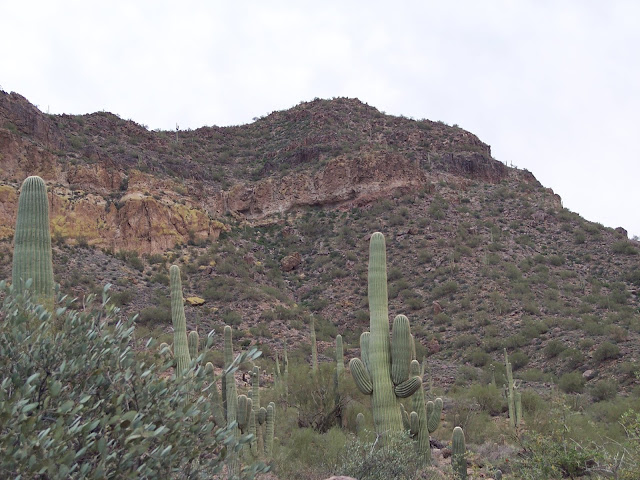 After a short hike, I could see my lunch spot. 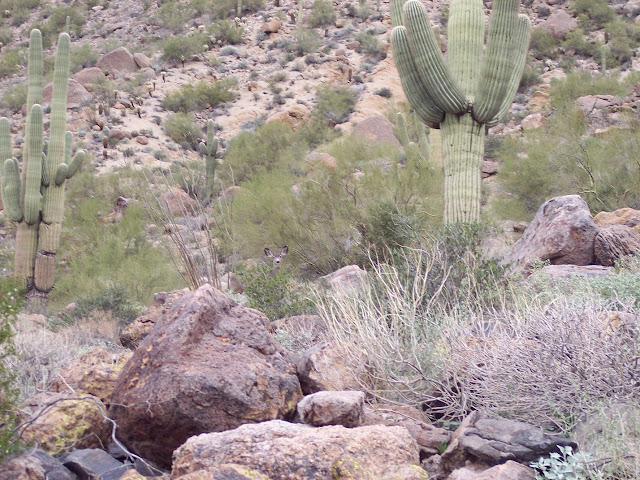 I heard some rustling in the bushes and then saw a dear pop his head up.  Can you see it in the middle of the picture? 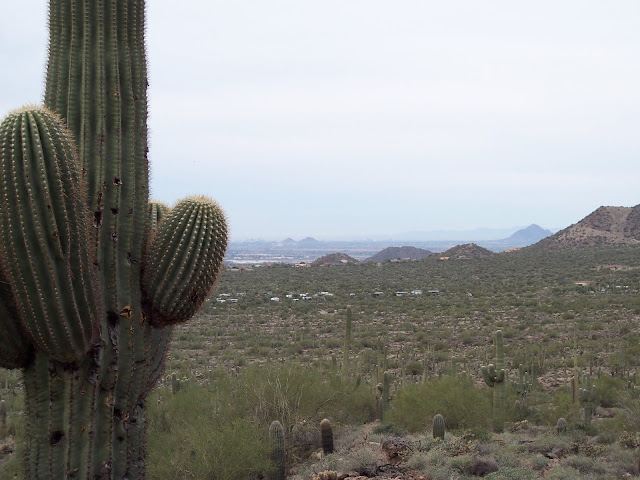 Looking back towards Phoenix from he trail.  You can see Camelback Mountain in the distance on the right side of the picture. 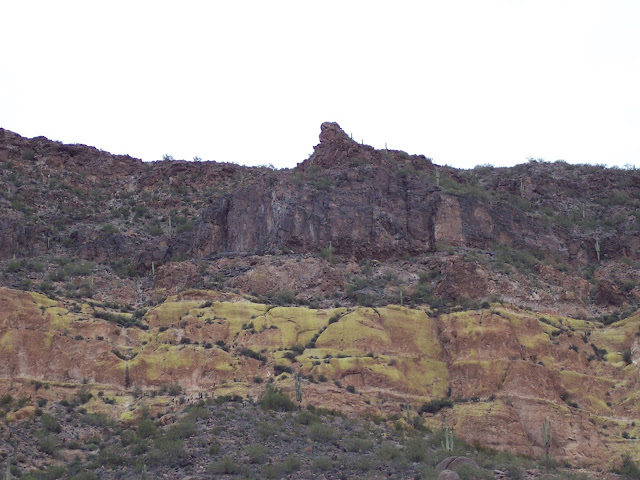 Getting closer to the Tuff band as I ascend. 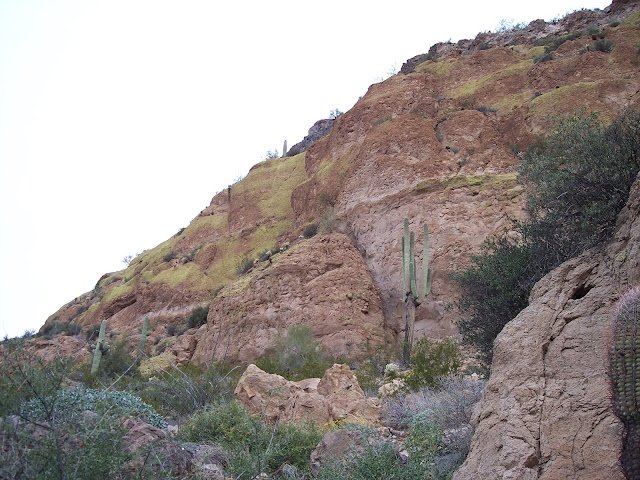 The trail goes right up to the Tuff Band and then turns right toward the cave. 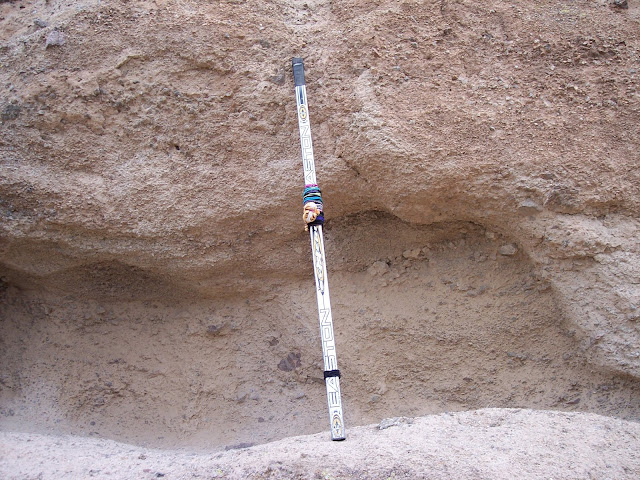 My Hockey Walking stick and one of the many small caves in the Tuff band. 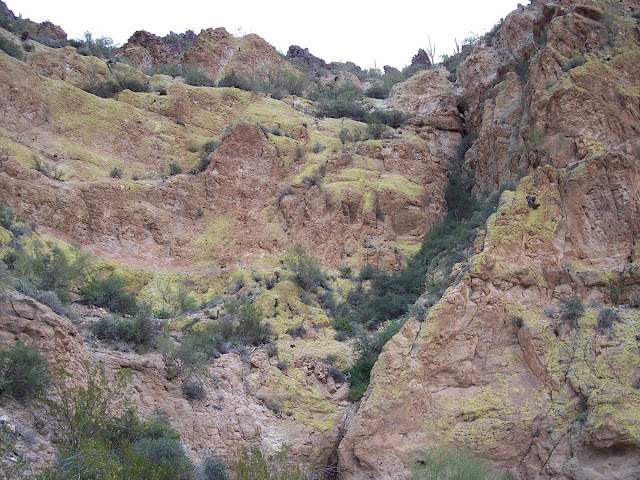 Lots of green at this time in the Tuff band. 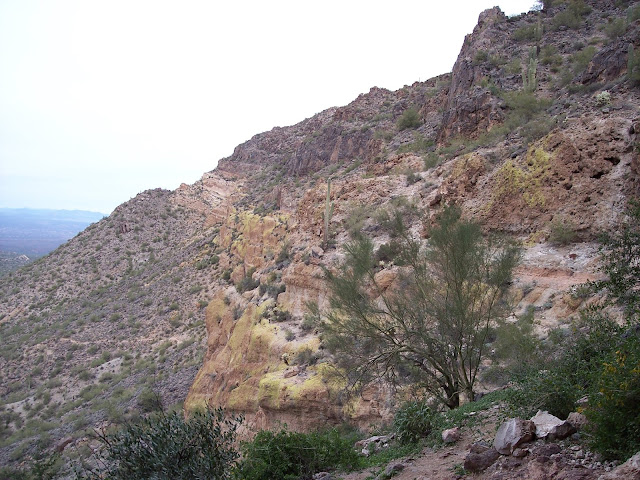 Looking back at the Tuff band from the edge of the Wind Cave. 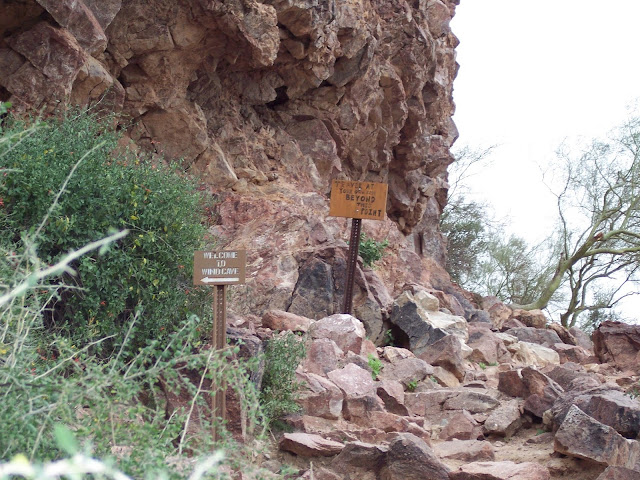 Welcome to Wind Cave.  The other sign says "Travel at your own risk beyond this point. 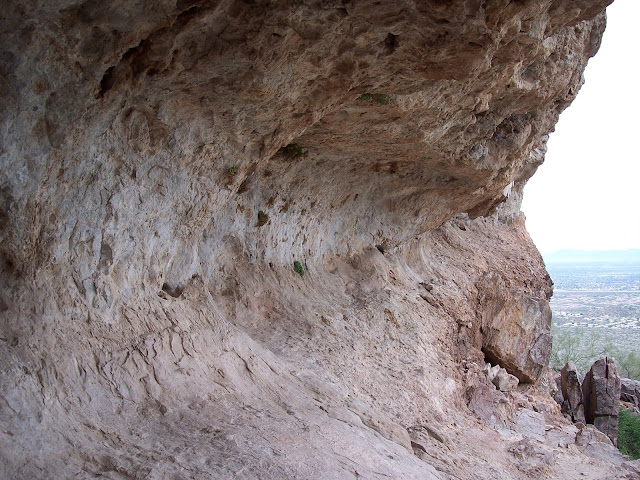 The cave is amazing.  Notice the split rock in the lower right. 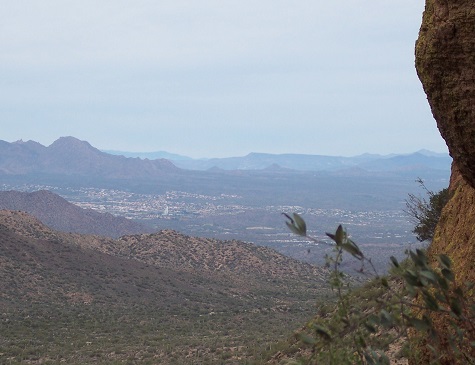 Looking to the right from the cave you can see the 70ft fountain in Fountain Hills. 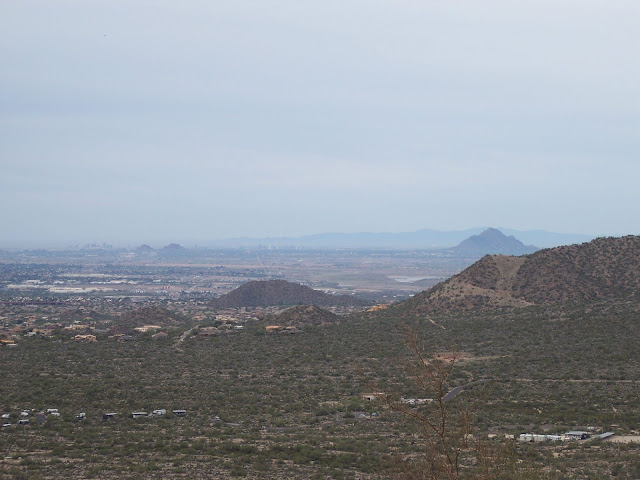 Phoenix and Camelback Mountain from the cave.  The two small buttes on the left side in the distance are in Papago Park. 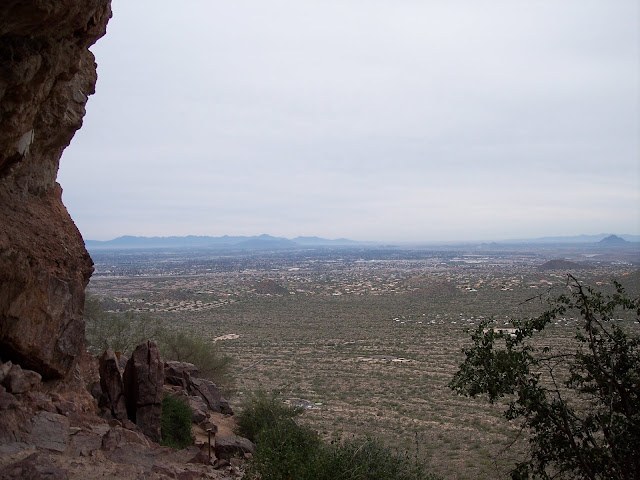 Lot's of great views from the cave. 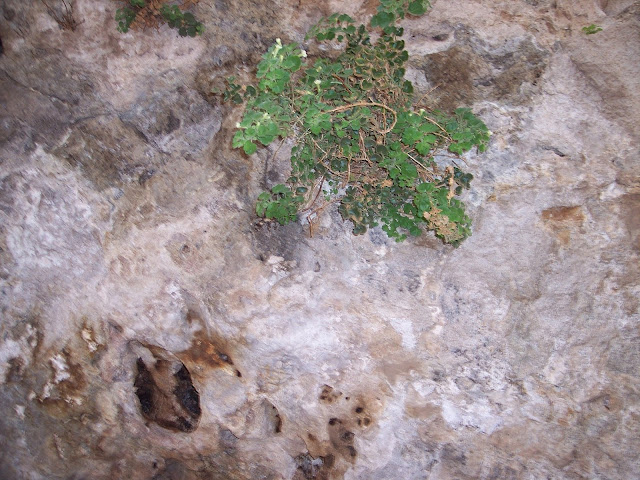 Green plant hanging from the roof of the cave. 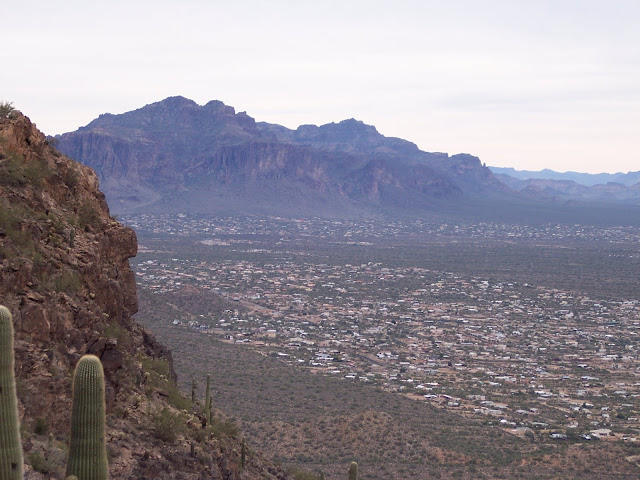 Of course I had to hike past the silly sign so I could get this shot of the Superstition mountains.  I was way up near the top the trail was all but gone by now. 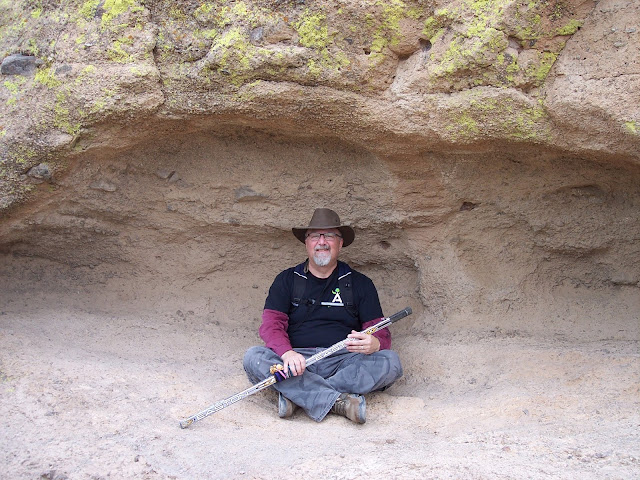 Coming down I took a break in another small cave in the Tuff band. 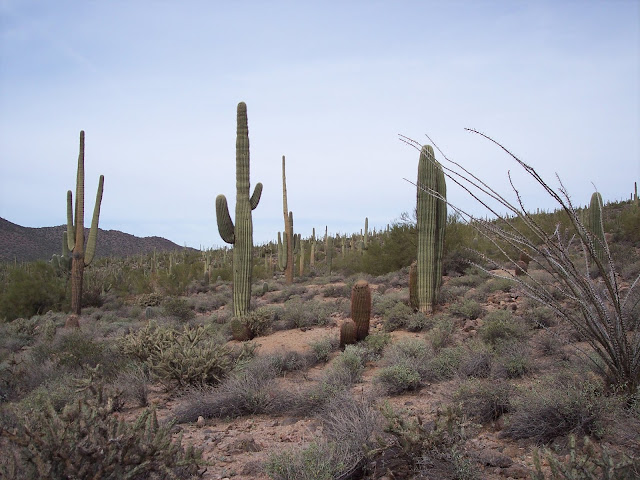 A Forrest of Saguaro Cactus.  This whole area is part of the Tonto National Forrest.

I had another great day on the mountain.  There were so many wonderful views.  I hope I captured some of the best. 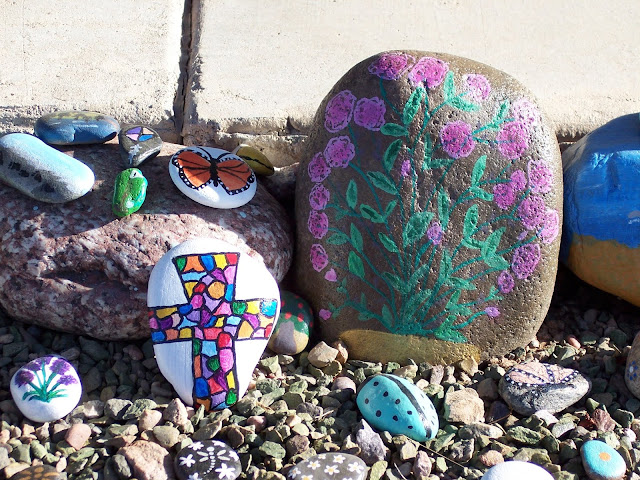 I climb rocks.  My wife paints them. 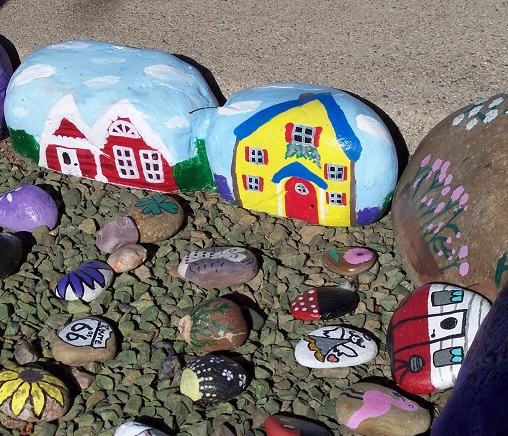 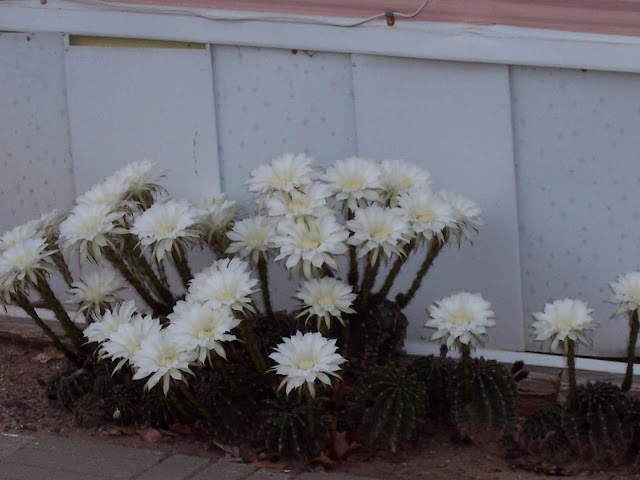 I added my neighbor's Cactus Flowers here because they're cool. 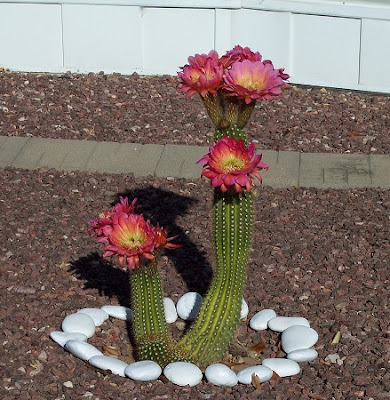